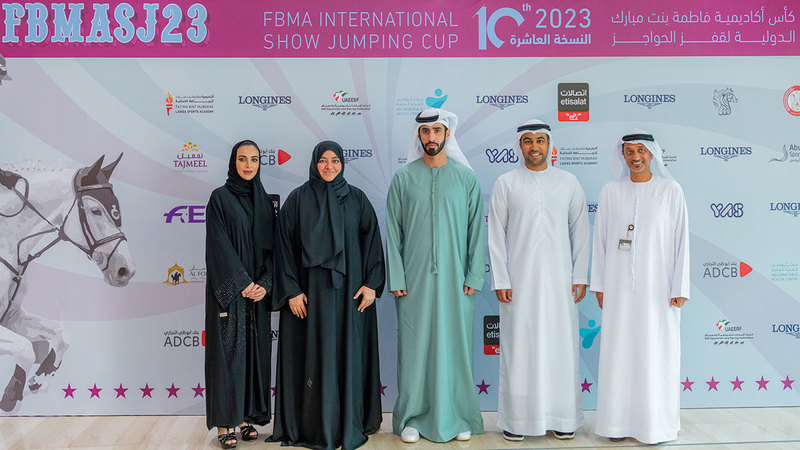 The championship is one of the most prestigious competitions in the equestrian world at the international level, and this year’s competitions will be held from the 26th to the 29th of this month at the Al Forsan International Sports Resort in Abu Dhabi.

The participants in the event compete in six categories divided into 20 rounds over the four days, with the aim of winning the championship prizes, which amount to a total value of 800 thousand dirhams, which is the highest in the history of the event. Celebrating the organization of the tenth edition.

A press release stated: “The categories within the championship include: CSICH-A, CSIJ-A, CSIY-A, the special national categories CSIYH1, and the main category CSIL2. The list of participating countries is more than 34 countries.

The details of the tournament were revealed during a press conference held at Al-Forsan International Sports Resort, in the presence of Dr. Omniyat Al-Hajri, Vice Chairman of the Board of Directors of the Fatima Bint Mubarak Academy for Women’s Sports, Head of Media Department at the Abu Dhabi Sports Council Shamsa Al-Hinai, and Executive Director of the Emirates Equestrian and Racing Federation Ahmed Al-Suwaidi. Vice-Chairman of the Show Jumping Committee, Assistant Technical Director of the Championship, Mohammed Al-Nakhi, and CEO of Al-Fursan Group, Sultan Al-Kaabi, along with strategic partners.

The organizers revealed that the event will also host a “professional photography workshop” presented by Hind Al-Raees, an Emirati photographer specializing in sports and portrait photography.

In addition to show jumping competitions, a wide range of activities are also held within the Abu Dhabi Equestrian Festival.

For her part, Dr. Omniyat Al-Hajri said: “Since the organization of the first edition of the event in 2013, the championship has witnessed continuous development year after year, and it has now become one of the most prominent major events.”

• 800 thousand dirhams, the value of the tournament prizes, which is the highest in the history of the event.

• 34 countries participate in the event in 6 categories divided into 20 rounds.