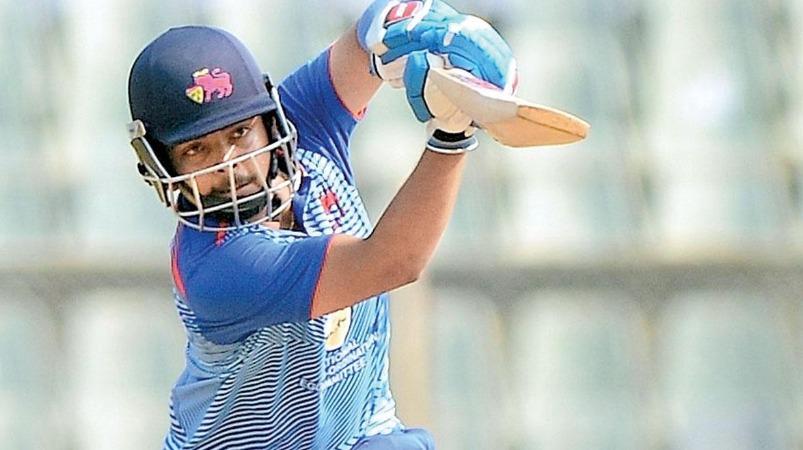 Prithviraj Shah’s double century and Suryakumar Yadav’s century in the Group H match against Puducherry in the Vijay Hazare Cup in Jaipur. Mumbai team Accumulated 457 runs for the loss of 4 wickets.

Prithviraj Shah, who was dropped from the Indian Test team, has proved that his dismissal was wrong.

The match is being played at the Sawai Man Singh Stadium in Jaipur. Batted first Mumbai team At the end of 50 overs he scored 457 runs for the loss of 4 wickets.

Batting first, Prithviraj Shah was unbeaten on 257 off 152 balls. His tally includes 5 sixes and 31 fours. Another batsman Surya Kumar Yadav was dismissed for 133 off 58 balls. This includes 4 sixes and 22 fours.

Prithviraj Shah recorded the highest score by a single batsman in a Vijay Hazare Cup match. This is Prithviraj Shah’s 2nd century in the series.

4th highest score in List A matches Mumbai team Is now the recorded score. Earlier, India A scored a maximum of 458 for 4 against Leicester in 2018.

Prithviraj Shah, along with Mayang Agarwal for the first wicket of the match, had a partnership of 221 runs with 132 runs.

Suryakumar Yadav teamed up with Prithviraj Shah for the 3rd wicket. Both have started bowling for the Puducherry team. Both fours and sixes flew in all four directions.

Prithviraj Shah was unbeaten on 227 off 152 balls. Suryakumar Yadav, who played as a partner, was dismissed for 133 off 58 balls. This includes 4 sixes and 22 fours. Prithviraj Shah and Suryakumar combined for 201 for the 3rd wicket.

Mumbai added 457 runs for the loss of 4 wickets at the end of 50 overs. 8 bowlers bowled for Puducherry. Pankaj Singh, 36, took 2 wickets.

Pamela Franco wants to have another child with Christian Domínguez: Now, the little boy

If you start this business with Rs.

Come to Kerala and give a voice without fighting for farmers in Delhi? - Binarayi Vijayan questions Rahul Gandhi