31 years after their separation, a Sudanese Siamese twin expresses his gratitude to Saudi Arabia 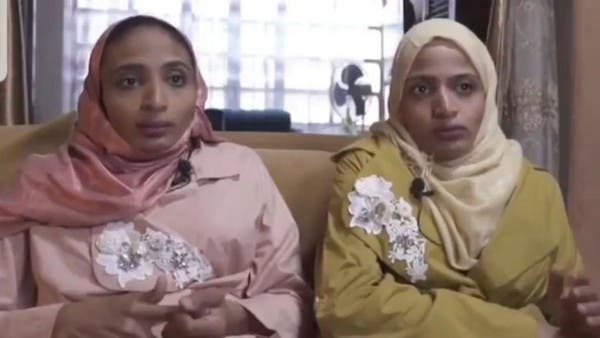 The ambassador of the King Salman Humanitarian Aid and Relief Center, artist Fayez Al-Maliki, met with Siamese twins from Sudan who were separated in the Kingdom 31 years ago.

Al-Maliki traveled to Sudan as part of the “Human” program, which is broadcast on the “Saudi Channel”, in search of the Siamese twins Heba and Samah.

He was able to meet with them and check on their health. For their part, the twins expressed their appreciation for what the Kingdom offered them and their gratitude to Dr. Abdullah Al-Rabiah, who separated them when they were young.

Heba said that she considers that she gave birth twice, the first time in the Lieutenant Hospital in Omdurman, and the second in King Faisal Hospital in Riyadh, where she and her sister underwent a separation operation.

For her part, Samah stated that she considered herself “Bint Sudair” because she had lived in Al Majma’ah Governorate, expressing her desire to return again to Saudi Arabia.

The operation to separate Samah Wahba was performed 31 years ago at King Faisal Specialist Hospital in Riyadh. And there was a great challenge given their complicated condition and the difficulty of the surgery, according to Al-Rabiah, who said that “when the hour of class arrived, the anxiety was very great because the success rate was not high, as it ranged between 55% and 60%.”

Al-Rabiah added that the success of this operation was “a turning point in the concept of the conjoined twins program in the Kingdom”, given the complexity and high degree of risk it carried.