3,303 infected in one day in India: Fear of corona virus 4th wave 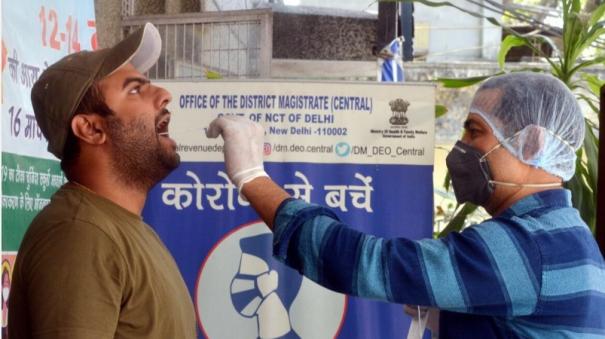 New Delhi: The daily corona infection incidence in the country has crossed 3 thousand. Newly infected 3,303 people. 39 people died in one day. Fears have been raised among the people that the 4th wave will spread as the incidence of the infection is increasing again.

The Federal Ministry of Health yesterday morning released statistics on the spread of the corona virus: 3,303 people have been infected with the corona in the last 24 hours in the country. 39 people died in a single day. This brings the total death toll to 5,23,693. The number of people in treatment is up 701 from the previous day to 16,980. This is 0.04 percent of the total patients. 2,563 people have recovered in the last 24 hours.

Until a few days ago the daily corona impact in India was within a thousand. But, the incidence of infection has been increasing for some days. As a result, various state governments have reiterated that wearing a face mask is mandatory in public places. Central and state governments have also stepped up surveillance. Consultations are also underway regarding the re-enforcement of corona restrictions. The corona is not yet completely removed. So Prime Minister Narendra Modi has advised people to be careful.

Meanwhile, fears have been raised among the people that the Corona 4th wave could spread in the country as the incidence of infections continues to rise.