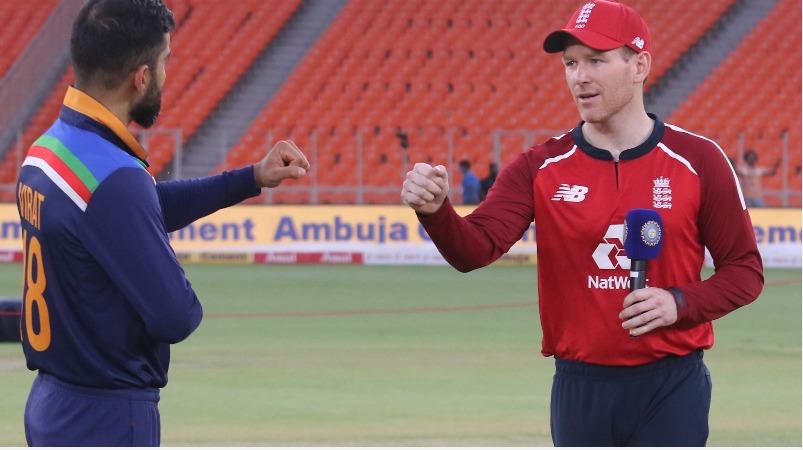 England won the toss and elected to field in the T20I match against India in Ahmedabad.

The five-match T20 series between India and England is underway. Both teams are tied at 1-1 with one win each.

The 3rd T20 match is taking place today. England captain Ian Morgan won the toss and elected to field. Only one change has been made to the England squad. Mark Wood, who missed the last match due to injury, has returned to the team and Tom Karan has been dropped.

How’s the pitch?
The pitch for the 3rd T20 tournament is made of red clay. Balls spin and swing well on this pitch. He can hit an average of 170 runs on this pitch. The pitch favorable for spin bowling is that the bowling team can take wickets easily as the ball is slowly coming towards the batsman, the off side bouncer is far away so it will be difficult to hit the bouncer in that area and can easily hit in the leg direction. The Indian team batting first must play very relaxed.