3rd wicket: UP The next minister resigns from the BJP 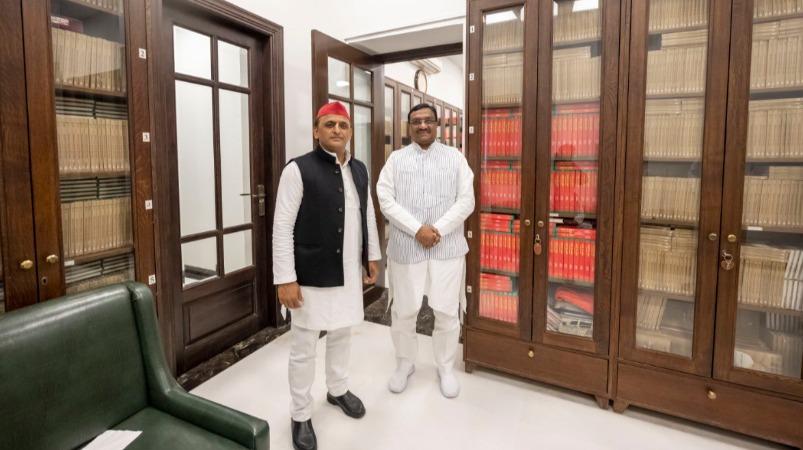 Lucknow: Yogi Adityanath is the third minister today from the government in Uttar Pradesh Quality Singh Saini His post Resign Did. He resigned today following earlier reports that he was leaving the BJP.

Uttar Pradesh is scheduled to go to the polls in seven phases. The election, which begins on February 10, runs until March 7.

In this situation, Swami Prasad Maurya, the most important leader of the other backward communities in the state, quit the BJP. His Resign The letter was sent to Governor Anandiben Patel. Later, Maurya met Samajwadi Party leader Akhilesh Yadav. Following this BJP All 4 MLAs met Akhilesh Yadav.

Mukesh Verma, the 7th MLA from BJP and a backward caste leader, today quit the party.

In this context, the withdrawal of leaders from the BJP continues today.
Minister of AYUSH from the Chief Minister Yogi Cabinet in Uttar Pradesh Quality Singh Saini Today Resign Did.

Dalit leader and four-time MLA from Nagpur Assembly. His Resign Letter UP Sent to the Governor. Later, Samajwadi Party leader Akhilesh Yadav tweeted that he had taken a photo with Saini along with Maurya and Tara, just as those who had left the BJP for the past 3 days had done before.

With just over a month to go before the polls, it is significant that a leader will leave the BJP for the eighth time in three days. All of them will join Akhilesh Yadav’s Samajwadi Party.

In the last 24 hours, Dharam Singh Saini has denied reports that he is leaving the BJP. He severely rebuked Swami Prasad Maurya. But now he is out.