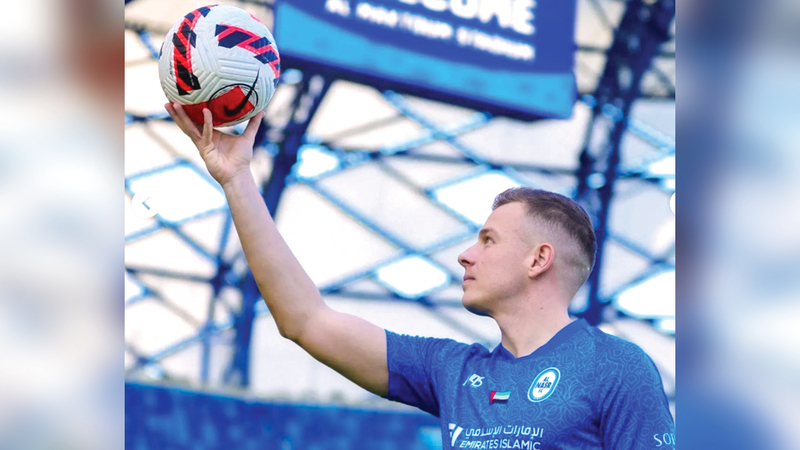 The Al-Nasr team continued to strengthen its ranks and correct the course after announcing the contract with Bosnian defender Samir Mimišević, to be a substitute for Brazilian defender Lucas, who failed with the dean during the first round of the ADNOC Professional League competition, and thus brings the number of players that Al-Nasr succeeded in signing with to four players during Only five days, waiting for the most important deal that the club is looking for, which is the new striker, who will be a substitute for Gambian Dembo.

And Al-Nasr Football Company announced its contract with the Bosnian player, Samir Mimišević, through the club’s official account on the “Twitter” website, where the player appeared inside Al Maktoum Stadium performing some skills with the ball, and the player has great experience, as he went through professional experience in the stadiums Serbia, the Netherlands and China. He also represented the Bosnian national football team.

In the player’s first statement, he expressed his happiness at joining Al-Nasr Club, and confirmed that he would do his best to achieve victory and make the team happy.

On the other hand, the Nasraoui fans are waiting for the foreign striker deal that the club is looking for during this period.

Emirates Today learned that the club is close to signing a distinguished European striker, and the club will soon announce the player who will be the most important deal if the club succeeds in signing him.