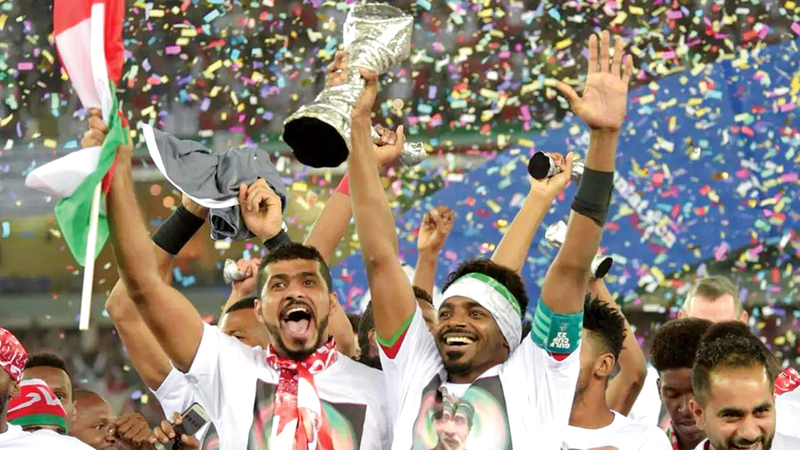 The 23rd edition of the Arabian Gulf Football Cup, which Kuwait hosted from December 22, 2017 to January 5, 2018, witnessed the success of the Omani national team in embracing its Gulf title for the second time after the 2009 edition. The remarkable thing was that Oman scored only four goals in the Kuwait Championship. We describe it with “friendly fire”. The Omani national team began its campaign by losing to “Al-Abyad” with a penalty kick by “Al-Abyad” star Ali Mabkhout, before winning the same result in the second match against Kuwait with a penalty kick by Ahmed Mubarak “Kano”.

And he finished the group stage leading after defeating Saudi Arabia with a double scored by Khaled Abdel-Baqi, a mistake in his own goal, and the second by Saeed Al-Marzouqi.

The scenario of free gifts was repeated in the semi-finals, when the Oman national team overcame the Bahrain hurdle with a reverse goal by Bahraini Mahdi Abdul-Jabbar, so that the Omanis qualified for the final, in which they won a penalty shootout against the UAE team (5-4), after a goalless draw in the regular and extra time.