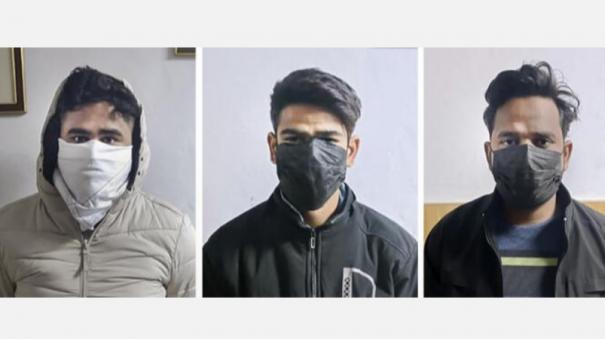 New Delhi: The incident in Delhi where a woman was dragged by a car for a distance of 4 kilometers and died is very shameful. Delhi Chief Minister and Aam Aadmi Party coordinator Arvind Kejriwal said that the culprits involved in this should be given severe punishment.

A 20-year-old woman has gone out for work on her two-wheeler in Delhi’s Sultanpuri area. When he was returning home in the wee hours of the morning, the two-wheeler collided with a Maruti Baleno car coming that way. But the occupants of that car sped away without stopping the car. The clothes of the woman involved in the accident got stuck in their car. As the car did not stop, the woman’s dress was torn and she was dragged naked on the road. The girl was apparently dragged for a distance of about 4 km. The woman died in this.

The incident has created a stir across the country. Regarding this incident, Delhi Chief Minister Arvind Kejriwal said: We do not know where our society is heading. The woman trapped in the car was dragged for a distance of about 4 kilometers and died. Involved in this incident
Criminals should be severely punished. This is what he said.

Meanwhile, the Aam Aadmi Party protested in front of Delhi Deputy Governor VK Saxena’s house claiming that the law and order situation in Delhi is bad. The police then tried to pacify the protesting Aam Aadmi workers. Police have arrested 5 people in connection with the case of woman being dragged in a car. The investigation is ongoing. 4 km stuck in a car in Sultanpuri area of ​​Delhi. The woman was dragged away and died. The Delhi Police released the photographs of the 5 people arrested in this case yesterday.

Circulation of plastic covers in violation of ban in Tirumala