4 matches in the FA Cup 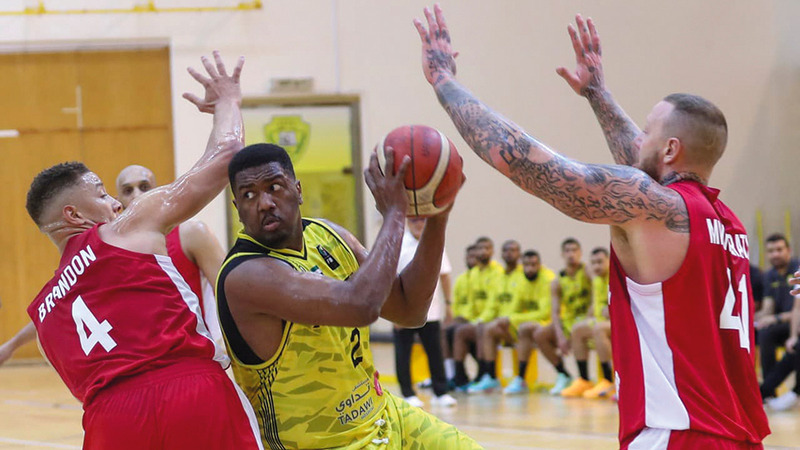 Today, at 7:15 pm, the second round of the preliminary round of the Federation Cup Open Basketball Championship will start with four matches at the same time.

The Al Wahda team will be a guest of Sharjah in a meeting for the first group, provided that the same group will witness the Al-Nasr and Al-Dhafra meeting, which will be held at Al-Ahly Youth Hall.

At the top of the second group, Al-Wasl faces the ambitions of its guest, “Jam Academy” team, with Al-Ahly youth heading to meet its host Al-Bataeh in a match requested by the two teams with the slogan of compensation after they stumbled in the opening round.

Sharjah and Al Nasr are looking to reap their second victory and continue their partnership in the first group teams, after the two teams launched their career, last Tuesday, by achieving two broad victories, which came to the “king” at the expense of Al Dhafra “118-30”, and to the “brigadier” at the expense of Al Wahda. 100-42».

In turn, Al Wasl and the Jam Academy team are looking forward to continuing their remarkable performance and winning a victory that guarantees its owner the monopoly of the second group, after both of them achieved in the opening round the first surprises of the tournament, with the “Emperor” victory over Al-Ahly youth “99-86”, and the academy team snatched a difficult victory and a victory Additional on Al-Bataeh by “97-94” after the end of the original time of the match with a draw “75-75”.

The tournament system stipulated that it be held in its preliminary role in the group league system, after the draw placed the defending champion team Sharjah at the top of the first group next to the teams of Al Nasr, Al Wahda and Al Dhafra clubs. The results of the preliminary conclusion will result in drawing a map of the quarter-final confrontations, which will start on the 15th of this month in a knockout system, in which the leaders of the first group meet with the fourth of the second group, and the first of the second group with the fourth of the first group, and the runners-up meet with the third-placed in both The two groups.