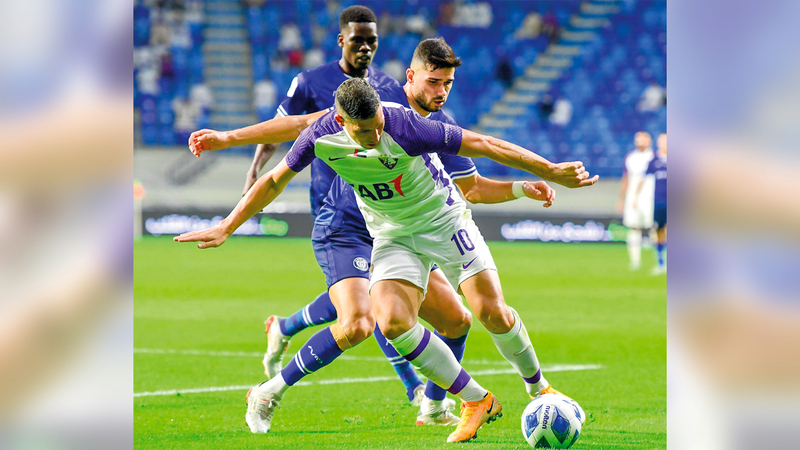 Yesterday, Al-Nasr team bid farewell to the President’s Cup from the round of 16, after losing 1-0 to Al-Ain. Al-Nasr failed to take advantage of the match being held at its home, as well as the important absences in the ranks of Al-Ain, who played a big match for which he deserved to qualify. Four main reasons explain the decline in the level of the brigadier general, perhaps the most prominent of which is the modest level in which Al-Nasr and Cape Verdean player Ryan Mendes has appeared, five games ago, as he lacks the required focus, including what happened in the Al-Ain meeting, and before him in the Al-Wahda match in the League Cup when He was completely alone, along with the decline in the level of other prominent and important players, the Algerian Mehdi Abeid and the Portuguese Tozi.

Also, since the beginning of the season, the team has been suffering from the instability of the formation, especially in the defense line, for various reasons, including absences, injuries, and the experience of new players who were contracted by the club, such as Abdulaziz Al-Kaabi, who comes from Sharjah, which has greatly affected the team, especially since Mahmoud Khamis left for Al-Wahda. In addition to this, the injury of the team’s star, Diaa Sebaa, who was absent from the last two matches against Al Wahda and Al Ain, which led to a decline in the effectiveness of the attack. This is in addition to a clear weakness on the bench and the absence of a player who can make the difference and the coach can push him early in the game.

• The level of prominent stars such as Mendes, Mehdi Ebeid and Tozi has declined.

• Inconsistency of the formation, especially at the defense level.

• The injury of the team’s star, Diaa Sabaa, who was absent from the Al Wahda and Al Ain matches.

• Weakness on the bench, and its failure to provide a player capable of making the difference.