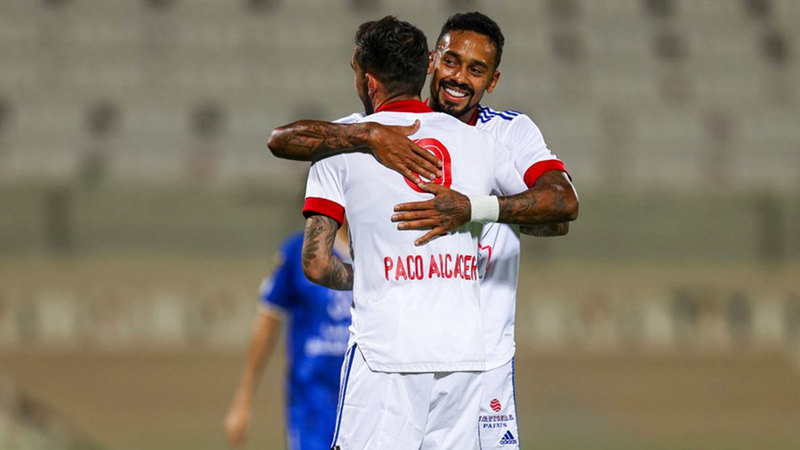 Athletes said that the Sharjah football team has the potential that makes it the most prominent contender for the title of the next season of the ADNOC Professional League, noting that four positive steps taken by the management of the Sharjah Club will avoid the team repeating the negative starting scenario, which cost it to stay away from competing for the title last season. Despite his late return and finishing the season in the runners-up.

In an interview with “Emirates Today”, they identified the four steps in preparing well through the external camp in Austria and going through six friendly experiences there, in addition to playing two friendly matches during the internal preparation, and the team’s ranks are witnessing technical stability with the presence of Romanian coach Cosmin, as well as administrative stability, In addition, the team has strengthened its ranks with a number of new players, most notably the Spanish striker Paco Alcacer, who recently moved to the team from Villarreal, Spain, and the club’s management has provided all factors of success for the team through great support and attention.

It is noteworthy that Sharjah won the first nine matches of last season, lost four and drew one, before Kuzmin took over training, as the Romanian coach led the team in 17 matches, winning 13, losing one and drawing in three matches. The team will launch the new season of the league by facing the summit next Saturday against Shabab Al-Ahly in the first round.

The former Chairman of the Board of Directors of Ittihad Kalba Club, Issa Al-Dabahi, expected that Sharjah would be a strong competitor for the league, along with Al-Ain and Al-Jazira, as it is characterized by technical stability with coach Cosmin, in addition to the fact that the team attracted good elements of players who can make the difference.

Salim Al Shamsi, a member of the Board of Directors of the former Football Association and sports analyst, considered that there is no excuse for Sharjah to achieve good results at the beginning of the next season, given that the team enjoys technical and administrative stability, in addition to having strengthened its ranks with a number of distinguished players, and having sufficient time to prepare for the season. the new.

Al Shamsi added: “The Sharjah administration has provided Cosmin with all the success factors that enable the team to be a strong competitor.”

The former international and legal advisor, Salem Hadid, said that Sharjah’s goal in the new season is to compete for the league title and other tournaments, and he is also expected to go far in the AFC Champions League. He added: «When the beginnings are strong, the end is also strong, and Sharjah is able to compete for the league and achieve the set goals, for which he spent large sums of money, and attracted good quality of players, and I believe that there are high-level players on the way to the team. ».

• Sharjah faces Al-Ahly youth at the top of the first round of the new season next Saturday.

■ Good preparation through the outdoor camp and 6 friendly experiences.

■ New changes in the team and the attraction of distinctive elements.

■ The management of the club provides all the factors of success.