4 years service in the army | Why is Rahul and others opposing the Agni Path project? 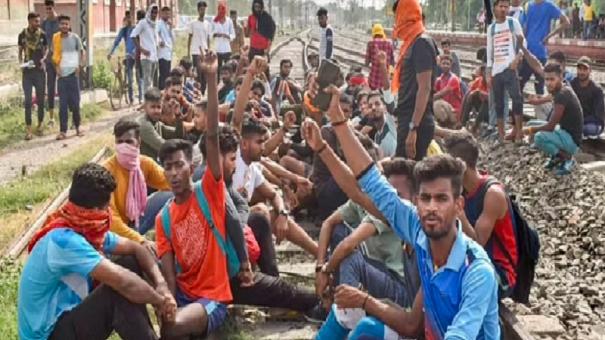 In this regard, Rahul Gandhi said on his Twitter page that “the Agni Path project will reduce the effectiveness of our forces in the face of the threat posed to India from two sides.

Earlier, the Union Cabinet had approved a new project called ‘Agni Path’, which will serve 4 years in the Army, Navy and Air Force. Under the scheme, it has been announced that young men and women between the ages of 17.5 and 21 can join the three forces.

Voices of protest: Not only Rahul Gandhi but also some retired army officers are protesting against the ‘Agni Path’ project. This plan will sabotage the fighting spirit of the players. They warn that this could lead to danger.

Former Army Major General BS Dhano has made two suggestions on his Twitter. I think two things can be improved in the ‘Agni Path’ project. One is to increase the working hours for new recruits to 7 years. Second, he suggested raising the re-employment to 50 per cent for those who wish to continue serving in the military.

Similarly, Maj. Gen. Yash More, a retired Army officer, said, “Military life and service are not valued by money. It is not a good idea to cut back on government spending while saving.”

A member of the Veterans Welfare Board has warned that the Agni Path project is like building a personal army. He has raised the question of what the government will do if those who have completed 4 years of service become gangsters.

On the government side, Union Minister and former Army chief VK Singh said, ‘I do not know the full details of the plan. Only then will it be fully known if it is implemented. “

Protests erupted in Muzaffarpur and Buxar districts of Bihar against the ‘Agni Path’ project. One young man who spoke at the time said, “If you only work for 4 years in the military, then you have to study something else to get a permanent job. Even so, we can not compete with those who are already ready for that job. We will lag behind in age.”

Another young man asked, “I have been in fitness for 2 years to join the army. They say it’s only been 4 years now. Do I have to work so hard for just 4 years?”

One-fourth of the Indian military budget is spent on pensions. The government says the Agni Path project was brought in because there is no pension and the money could be saved to modernize the three forces.

It is said that a person who enlists in the army as an Agni warrior will be awarded the 12th Educational Qualification Certificate when he completes his service if he has completed only 10th class in terms of education. But there is no clear announcement about this.

Opposition on the one hand and promise on the other: There is thus widespread opposition to the ‘Agni Path’ project. These aside, the Indira Gandhi National Open University (IGNOU) is set to create a 3-year degree program for veterans who will be enlisted in 4 years of service in all three forces under the ‘Agni Path’ scheme. It has been announced that AICTE, NCVED and UGC will also be accredited for this.

Union Home Minister Amit Shah said on his Twitter page yesterday, “Prime Minister Narendra Modi’s introduction of the Agni Path project is welcome, considering the better future of the youth. The Home Ministry has decided to give priority to Agni soldiers joining the Central Auxiliary Forces and the Assam Rifles who will complete 4 years of service under this scheme. ”