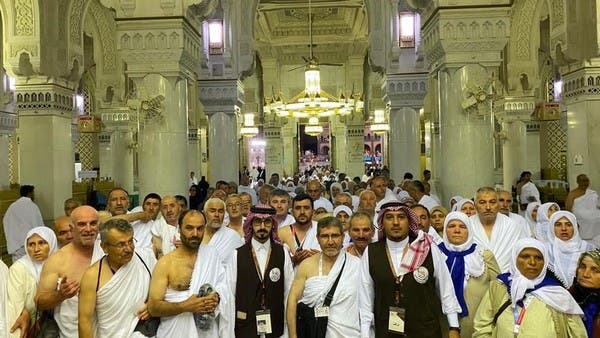 The central tawaf program of the Coordinating Body for Rabab al-Taifa Institutions, which is supervised by the Saudi Ministry of Hajj and Umrah, performed the pilgrimage to circumambulate more than 40,000 pilgrims, coming from Turkey, Europe, America, Australia, Arab countries, non-Arab Africa, and Southeast Asia, to perform the rituals of Hajj this year 1443 AH. .

The supervisor of the central cruising program, Dr. Othman Qazzaz, told Al Arabiya.net that the necessary plans and mechanisms for work, including the provision of trained human cadres, and the development of a grouping plan for pilgrims of the raft companies, to complete the arrival tawaf with ease, in order to provide all means for the comfort and safety of pilgrims while performing the tawaf. coming.

He stressed that the mechanism for implementing the program included the establishment of four human centers distributed at the gates of the Grand Mosque, represented in King Abdul Aziz Gate, King Fahd Gate, King Abdullah Gate, and Bab Al Salam.