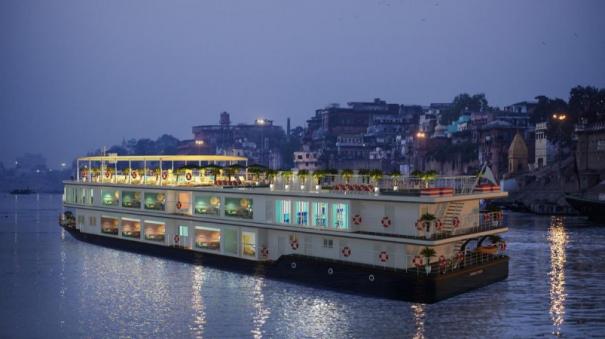 New Delhi: On the 13th, Prime Minister Narendra Modi will inaugurate the world’s longest river cruise, which will cover a distance of 4,000 km in 50 days on 27 rivers including the Ganga and Brahmaputra.

7,500 km in India. Distance coastline is 14,500 km. Remote waterways are also located. But sea and river trade is only 3.5 percent. China accounts for 47 percent and European countries account for 40 percent of waterborne trade.

Considering this, Prime Minister Modi is taking serious steps to improve cargo and passenger transport by converting 111 rivers into national waterways across the country.

In this context, Prime Minister Narendra Modi will inaugurate the world’s longest river luxury cruise service on 13th, which will cover 4,000 km in 50 days on 27 rivers including Ganga and Brahmaputra.

Antara Company from West Bengal capital Kolkata is going to operate this luxury cruise service under the name of Gangai Vilas. Starting from Varanasi in Uttar Pradesh, the luxury cruise will travel to Assam’s Dibrugarh via Kolkata and Dhaka, the capital of Bangladesh. The cruise will stop at 50 tourist destinations including Kaziranga National Park and Sundara Forest. In neighboring Bangladesh alone, about 1,000 km. To travel far.