42 wounded in clashes between Palestinians and Israelis at Al-Aqsa 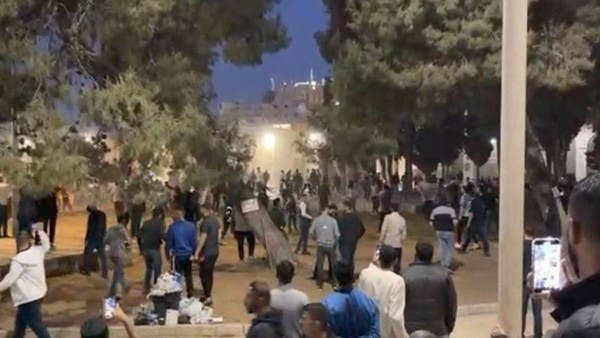 After dawn of Friday, violent confrontations erupted between Palestinians and the Israeli army in the courtyards of Al-Aqsa Mosque, the Palestinian Red Crescent announced that the clashes resulted in 42 injuries.

They prevented the ambulance

Palestinian media also reported that the Israeli army stormed the Mughrabi Gate area and fired rubber bullets at the Almoravids.