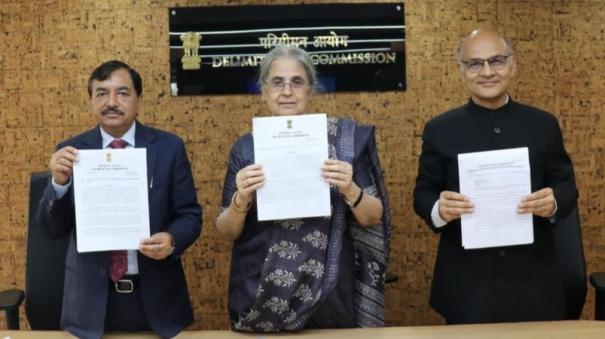 In 2019, the federal government repealed Section 370, which gave special status to Kashmir. Accordingly, two Union Territories of Jammu and Kashmir and Ladakh were formed. A three-member Boundary Commission headed by retired Judge Ranjana Desai has been set up to redefine constituencies in Jammu and Kashmir.

The commission released its final report on Thursday. It was also published in the Gazette. Details of the Final Delimitation Order Report: As per the provisions of Section 60 (2) (b) of the Jammu and Kashmir Reconstruction Act, 2019, Section 9 (1) (a) of the Delimitation Act, 2002, 43 of the 90 Assembly constituencies in the region are located in the Jammu and Kashmir region. , 47 will also be in the Kashmir region.

It is said that the names of some constituencies have been changed at the request of the local representatives.

“The list of seats to be allotted to Scheduled Castes in the Legislative Assembly of the Union Territory of Jammu and Kashmir is as follows: (SCs) and Tribes (STs) formed on the basis of the 2011 Census.

The Boundary Commission, set up in 2020, was tasked with completing the demarcation process within a year. However, due to the corona freeze in the country, the work could not be completed within the stipulated time and its tenure was extended for another year at the request of the team members to extend the deadline.