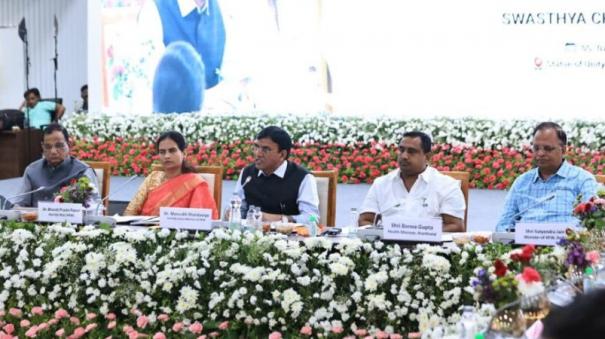 The World Health Organization (WHO) has strongly condemned the report, saying that the corona could have killed 47 lakh people in India. This report is unsubstantiated. The health ministers said the aim of the report was to underestimate India.

They said deaths and corona deaths are being registered in the states in a formal and transparent manner following legal provisions.

Karnataka Health Minister Sudhakar said, “The method adopted by the World Health Organization on corona mortality assessment in India is an attempt to tarnish India’s image.

They urged Union Health Minister Mansuk Mandavia that India should express its dissatisfaction with the World Health Organization in this regard.

We have a strong, transparent data collection system to track corona deaths. This is an attempt to tarnish the image of India for its excellent management of the corona. ”

Punjab Health Minister Vijay Singla said, “The World Health Organization’s corona death estimate is imaginary. India has a strong data collection system. There is no reason to doubt this. ”

Madhya Pradesh Health Minister Vishwas Sarang said, “There is a conspiracy to underestimate India’s achievements in the corona case. Corona mortality rate is low in the country and vaccination is high. All state health ministers have rejected the World Health Organization report. ”

The Ministry of Health said:

According to the Ministry of Health.