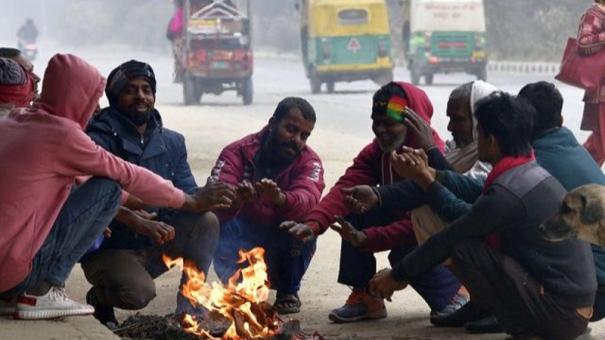 Meteorologist Navdeep Dahiya has said that the northern states including Delhi will have to face another bad cold wave as the temperature is likely to drop to -4°C. Navdeep, founder of Live Weather of India, an online weather site, says he has never seen temperatures drop this much in his life.

A severe cold wave will prevail over North India from 14th to 19th January and the cold conditions will reach a new high of worst from 16th to 18th January. That means the temperature may be between -4°c to +2°c.

Along with the hill stations, this cold wave that is expected to occur in the plains like Delhi is exciting and disturbing at the same time. January 2023 could be the coldest January since the start of the 21st century. Bone-chilling cold prevails in North and North-West India.

Meanwhile, in the forecast issued by the Indian Meteorological Department, a severe cold wave is prevailing in North-West India due to the western disturbance. It is reported that this cold wave will again prevail from January 15 to January 18.