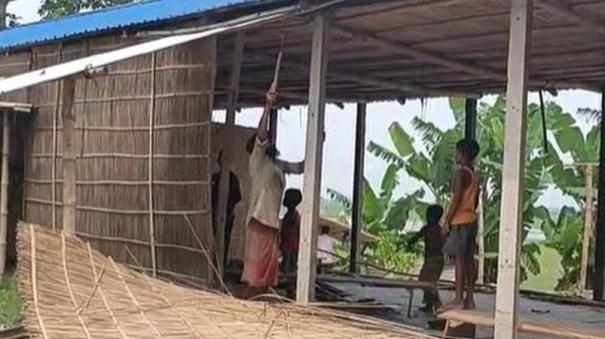 A madrasa school that was functioning in Golbara district was demolished by the local people of the area. Aminul Islam and Jahangir Alam, both from Bangladesh, have been running the school since 2020. They are both members of Al Qaeda. People also ransacked their house. Police are searching for the two fugitives. This is the 4th madrasa school to be demolished in Assam in the last one month.

Chief Minister Hemant Biswa Sharma said last month that the movement of terrorists has increased in Assam. Following this, the state government announced that religious teachers who come to Assam from other states and work at madrasas and school gates must register their details on the government website. Also, surveillance has been intensified in areas where minorities live. Through this, since last March, 40 people have been arrested in connection with terrorist movements.