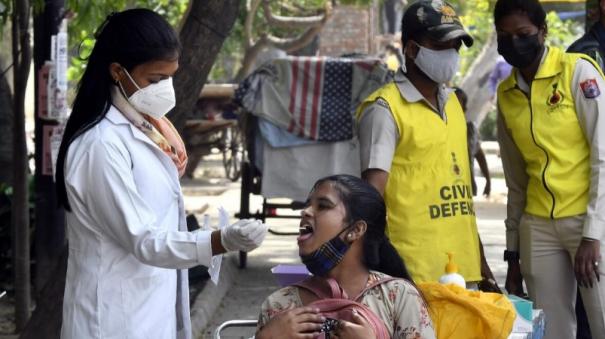 Pune: The Director of the Medical Research Council of India (ICMR) said that the 4th wave of corona has not yet formed in India and the incidence has increased only in some areas.

ICMR Additional Director Dr. Samiran Panda said yesterday: “Daily corona exposure has increased slightly. However, it has increased only in certain districts (locally). There is no widespread outbreak across the country.

It is true that the rate of confirmation of infection among those undergoing corona testing is increasing. However, this is due to the low number of people being tested. In Delhi, for example, the number of confirmed cases has dropped from 7 to 5 per cent after the increase in corona testing, ”he said.

3,324 infected: According to figures released by the Federal Ministry of Health yesterday morning, 3,324 people across the country have been infected with the corona in the last 24 hours, slightly lower than the previous day’s 3,688, and 4 crore 30 lakh 79,188 people have been infected so far. 23,843 people have died and only 19,092 are currently receiving treatment.