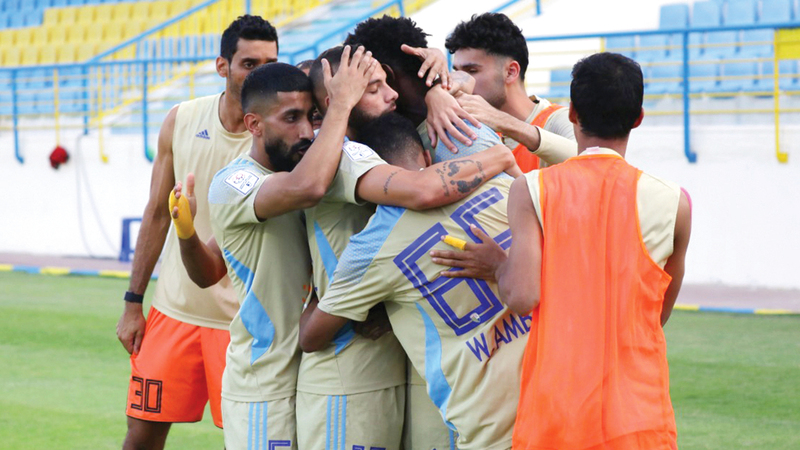 Al Dhafra football team enters the new season amidst difficult challenges, a month after its exit from the downward spiral that it overcame in the last moments of the professional league, after occupying 12th place with 24 points, leaving the two seats out of the “adult game” for the Arab and Emirates teams.

Al Dhafra faces difficult challenges similar to the ones he has been experiencing in past years, which cast a shadow over the team’s journey in the competitions in which it participates.

The resignation of the head of the football company, Ahmed Omran Al Qubaisi, also caused an internal tremor, which was followed by the resignation of Vice President Muhammad Omair Al-Mansoori and Board Member Khamis Muhammad Al-Mansoori. “Emirates Today” monitored the most prominent 5 challenges facing the team in the next stage, awaiting a quick solution:

1- Formation of the board of directors

The restructuring of the football company’s board of directors for the second time is the building block for the rest of the solutions.

2- Develop a strategy for the season

The team needs to develop a clear strategy for the new season, as the team will participate in the new season in the Professional League, the President’s Cup, in addition to the League Cup, which requires it to develop a special strategy around the championship that it wants to achieve among the three competitions, especially since it has reached The President’s Cup final in the last period in two seasons in a row.

Completing the file of contracting with a new coach is a mainstay for resolving the rest of the files, as the coach who will succeed Moroccan Badr El-Din El-Idrissi will be an integral part of the discussions about the rest of the challenges, and more than one coach has been linked to taking over the technical matters in the club, but it has not yet been announced Officially the identity of the coach.

More than one player faces the unknown fate after the end of their contracts with the team at the end of last season, as the team is required to renew the contracts of the national players in the first place, given that more than one club has entered into negotiations with them, and the most difficult file is contracting with foreign players, as All foreign professionals have also expired their contracts with the team.

5- Determine the destination of the camp

Determining the date for the start of preparations and choosing the destination of the camp remains pending and is also subject to the contract with the new coach, and the completion of the contract file, in order to properly prepare the team, unlike the past years when the team was completing the contract file after the beginning of the season, which caused the team to lose the factor of harmony and the need to Change the way you play, to match the team and new players.