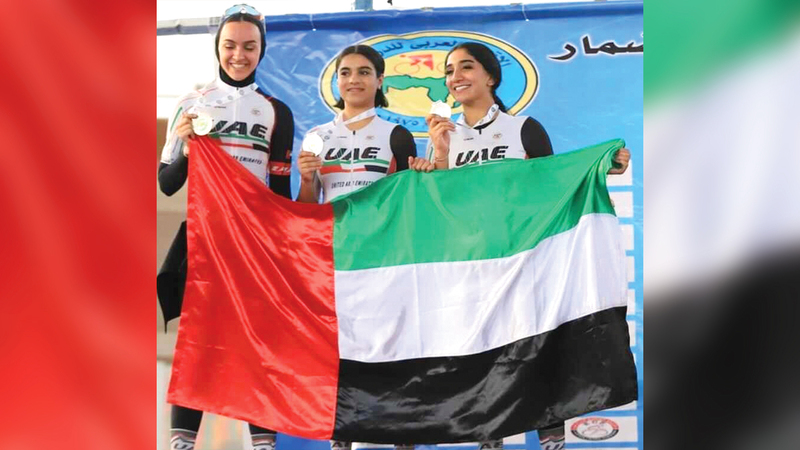 The medals were achieved by the women’s team consisting of the trio of Safiya Al-Sayegh, Sheikha Issa and Hoda Hussein, who won second place in the team speed category.