5 killed in firing in Afghan province 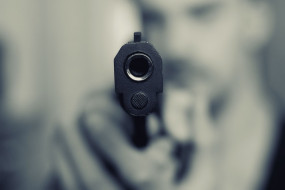 Digital Desk, Kabul. At least five people were killed in two separate incidents in Afghanistan on Tuesday. Officials have confirmed these incidents on Wednesday.

Four members of the same family were killed and one was injured in a shootout in Surkhaqan area, 90 km east of Kabul, in eastern Laghman province, Xinhua news agency quoted Afghanistan’s Interior Ministry as saying. The attacker fled from the spot and local security officials have started investigation into the matter.

In North Baglan province, an engineer at a local cement factory was shot dead on the outskirts of the provincial capital Pul-e-Khumri. Provincial government officials have confirmed the incident.

The security situation in Afghanistan has been generally calm since the Taliban came to power in mid-August last year, however, uncertainty remains as the economic situation worsens with high unemployment rates and rising poverty. Security personnel from the caretaker government led by Taliban have arrested several criminals and members of armed piracy gangs from across the country within the past few months.