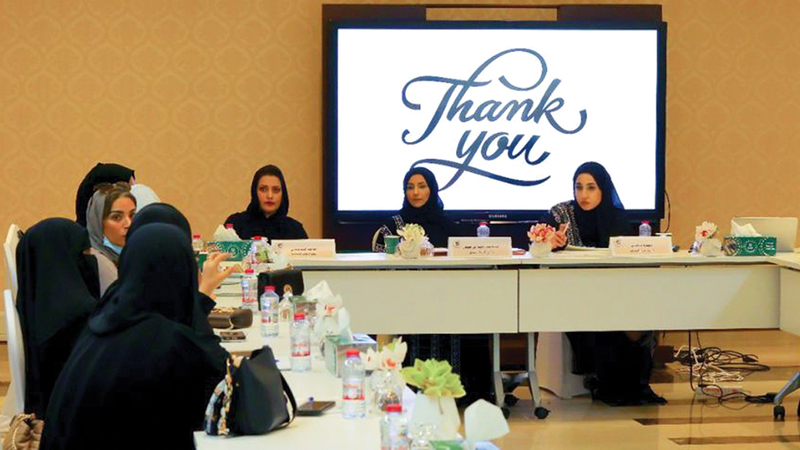 Yesterday, the Women’s Committee of the Karate Federation held its first regular meeting, at the headquarters of the Dubai Police Officers Club.

The meeting was chaired by the member of the Board of Directors of the Federation and the head of the Women’s Committee, Dr. Hessa bin Haider, and was attended by members of the committee: Maryam Al Shamsi, Amina Haji and Amal Shehab, in addition to the presence of the national team players.

During the meeting, a number of important points were discussed, with the aim of raising the technical level of the players, discussing the difficulties and challenges facing the players during the coming period, and finding the necessary solutions to them.

The committee listened to the suggestions of the female national team players, which focused on establishing a strong women’s team for the state capable of competing in the tournaments and external benefits they participate in.

At the end of the meeting, the Women’s Committee in the Federation was keen to meet with the players’ parents, to enhance communication between the Committee and parents, to learn about the latest developments and developments for the players, and to receive proposals for the development and implementation of work mechanisms to support the team.

The results of the meeting

■Listen to the players’ suggestions for the development of the team.

■ Study the difficulties and challenges facing the female players during the coming period.

■ Establishing a strong women’s team for the state.

■ Enhance communication between the committee and parents.