52 fighters in the African and international versions of “UAE Warriors” 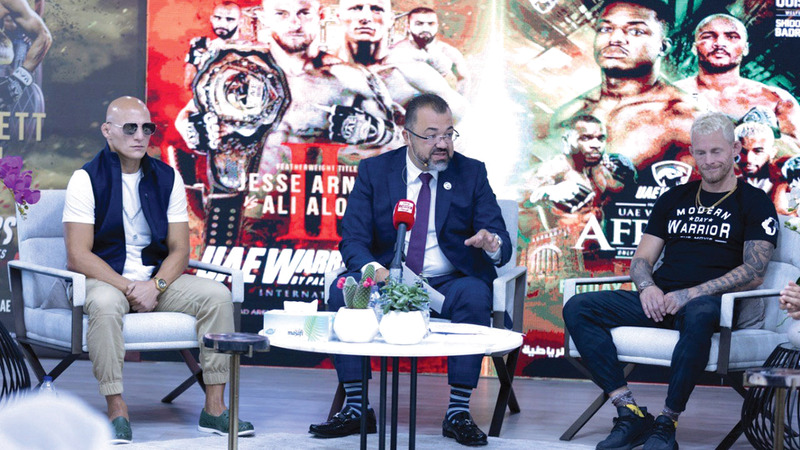 The attention of fans of the Emirates Warriors Championship for Mixed Martial Arts, tomorrow and the day after tomorrow, will turn to the “Etihad Arena” on Yas Island in Abu Dhabi, which will host the 32 African and 33 international versions, organized by Palms Sports Company, and leads the way. The interface of the international version is the fight between the Jordanian Ali Al-Qaisi and the Canadian Jesse Arnett.

Tomorrow, the African edition will witness 13 strong fights between the champions of the continent, with the participation of 26 fighters from 13 countries, and the main fight will combine Kevin Omar from Comoros, who has eight victories and three defeats in his career, and Angolan Emilio Kiswa with three victories and no heavyweight loss.

While the international edition (Saturday) will witness 13 fights, with the participation of 26 male and female fighters from 17 countries, the main fight in the tournament attracts attention in a repeated confrontation between the Jordanian Ali Al-Qaisi and the Canadian Jesse Arnett, who is defending his featherweight title, which he won in the last edition due to the injury of the Jordanian champion. .

For his part, the Chairman of the Organizing Committee of the Championship and CEO of Palms Sports Company, Fouad Darwish, announced during a press conference that all arrangements for the African and international versions of the Emirates Warriors have been completed.