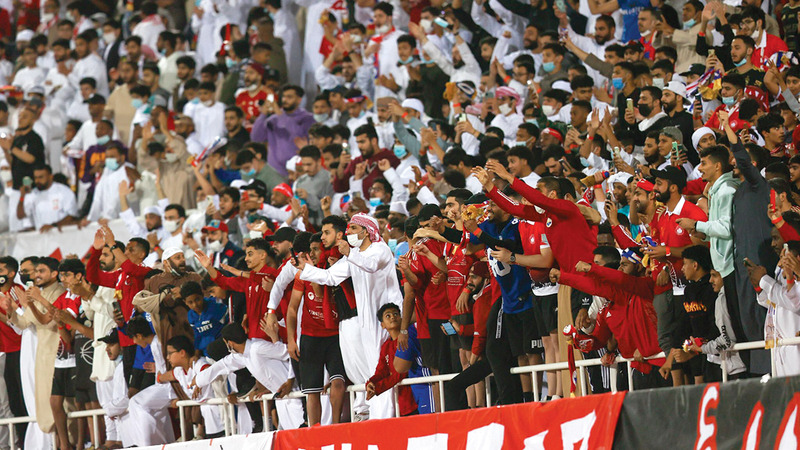 The 15th edition of the ADNOC Professional League will start tomorrow, amid aspirations for an exceptional season from the clubs, which have prepared in the best possible way to achieve the hopes and aspirations of the public, according to the ambitions and capabilities of each team, whether by competing for the title, or achieving an advanced position for clubs that do not place competition on the “shield”. its main objective.

The new season witnesses six developments that will raise the excitement of our league in the new version, most notably the return of the fans with 100% of the available seating capacity in the stadium, for the first time since 2019, when the attendance was full, before the 2020 season witnessed the holding of matches without an audience in the second half. From it, as a precautionary measure to limit the spread of the virus pandemic

As for the second developments, it is the change of the protocol for medical examinations and requirements for all those involved in the match, as well as the procedures for the two teams’ arrival, entry to the stadium, the mechanism for conducting examinations during matches and training, match day procedures, stadium facilities, and instructions for internal and external camps and residence, while the public wishing to Attendees show green traffic, issued by the application

“Al-Hosn”, or the result of the “BCR” examination through a nasal swab, provided that the period does not exceed a maximum of 96 hours, before each match, for those who are not vaccinated.

On the other hand, players, members of the technical, administrative and medical bodies, all organizers and media, must show the green passage of the two restaurants in full, instead of the pre-examination two days before the match, which is still mandatory for non-vaccinated people of these categories.

The third development is allowing clubs to organize promotional events on match days, and the entry of flag bearers and players escorts, before the start of the match, which contributes to the establishment of an entertaining sports day for the audience attending the matches.

On the other hand, the Board of Directors of the Professional League approved the number of players registered in club lists, and the mechanism for their participation in professional competitions, as the number of foreign players allowed to be registered in professional competitions will be increased to five foreign players, and for the categories of resident and born players, the name will be modified to qualified players. To represent the national teams, the players registered in this category shall be modified to five players. As for the participation of these players, eight players from the two categories of foreign players and players eligible to represent the teams will be allowed to be registered in the match list, with a maximum of six players participating in the field from these categories.

Al-Bataeh administration concluded high-caliber contracts, as it included more than 20 new deals, between foreign, resident and local players, to be one of the most active clubs in the “Summer Mercato”.

Among the most prominent deals for local players is the former international center player Khamis Ismail (32 years old), in a free transfer deal, after the end of the player’s contract with his former club Al Wahda, and the former international striker, Ahmed Khalil (31 years), in a free transfer deal, after he terminated his contract. With his former club, Shabab Al-Ahly, during the last winter registration period, the duo Zayed Al Hammadi and Habbush Saleh were also contracted.

The 6 updates on the ADNOC Pro League

■ Change the protocol for examinations to enter matches.

■ Decrease the number of registered players in each team.

■ Increase the number of foreign players to five players.