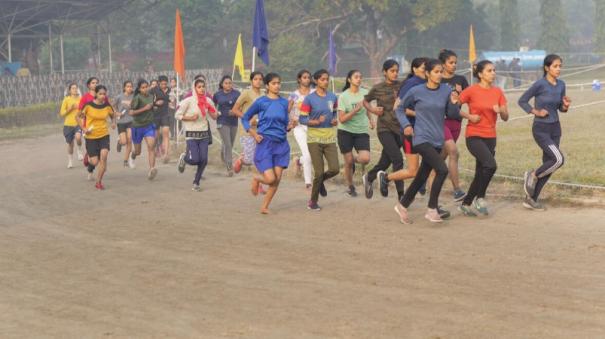 Nagpur: As soldiers are selected for the three armies of the country under the Agni Patha scheme, the 6-month training for the first batch of soldiers in the army began last Monday in Nagpur.

In January last year, the central government had announced the Agni Path scheme, which would allow youth to serve in the Army, Navy and Air Force on contract basis for 4 years. Those who join the service of this scheme are known as Agni soldiers.

112 Warriors of Agni: In this case, the soldiers selected in various centers under the Agni Path program visited the Indian Army’s Guard Regimental Center in Kampti near Nagpur, Maharashtra from December 25 to 31. A total of 112 Agni soldiers came here for 6 months of training. They started training from last Monday. This is the first batch to undergo training in the army after the new scheme was launched.

After completion of 6 months of training here, Agni Soldiers are sent to their units for further specialized training in the Indian Army.

Men and women selected for the Navy under the Agni Path program are already undergoing training at the INS Silka Naval Base in the state of Odisha.