6 scenes of Iraqi hospitality in “Gulf 25” 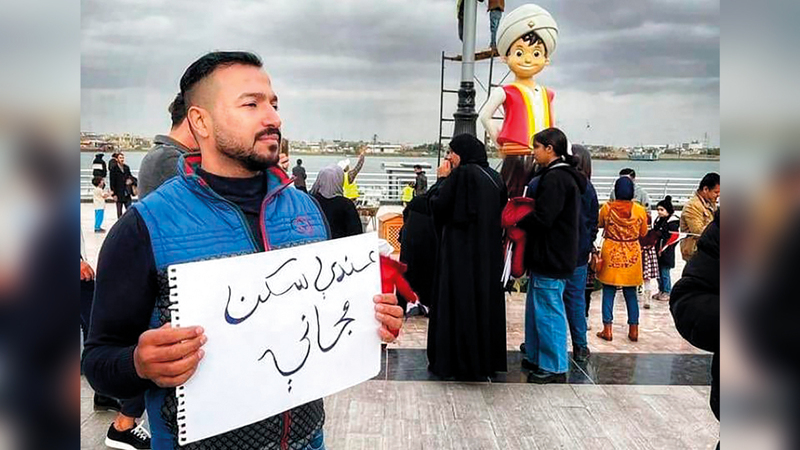 The city of Basra in Iraq is experiencing an exceptional atmosphere, during its hosting of “Gulf 25” until next January 19, as many fans of the Gulf teams flock to Iraqi cities to follow the championship matches, while the people of Iraq received this audience with welcome and hospitality, and provided them with all means of comfort to enjoy the stay.

Six scenes of Iraqi generosity emerged that increased the aesthetics of “Gulf 25”, as the dominant feature of the tournament became the insistence of the Iraqis to present a historical version in terms of organization and celebration of the audience, as it is the first time that Iraq hosts the tournament after an absence of 44 years.

And the most prominent scenes of generosity from the Iraqis began before the tournament and continued during it, which is the announcement of large numbers of their willingness to host the country’s guests in their homes and not to go to hotels, and despite the start of the tournament competitions, a large number of Iraqis carried banners in front of the stadiums that host the matches and wrote on them “They have the desire to Hosting fans in their homes.

On the other hand, the phenomenon of fans entering restaurants, whose owners refuse to let the Gulf fans pay for the meals they get, was repeated in many restaurants in Basra, in addition to Iraqis present at the same time in these restaurants paying the bills for the Gulf fans.

As for the third scene, it was the snapshot that attracted attention in the match between Yemen and Saudi Arabia in the first round of the group stage, when two players in the Yemeni national team exchanged “leg guards” during their exchange, and despite the confirmation of the Yemeni Football Association through its account on the social networking site “Facebook” that it provided all the requirements Which the team needs before the tournament from the largest specialized international companies, and that each player has more than one complete kit, pointing out that the shot in which the two players replaced the “guards” was spontaneous, and the player replaced his “crusher” with his colleague’s “crusher” and does not indicate a lack of supplies However, as a continuation of the generosity of the people of Basra and the generosity of Iraq from its north to its south, one of the owners of the sports equipment stores announced that the Yemeni national team would be given sports equipment for the team during its participation in the “Gulf 25”.

For his part, an Iraqi citizen donated his credit card to any Gulf fan who wanted to buy anything on the air, during an interview with a TV station, while an Omani fan mentioned in an interview with a TV station after the Iraq-Oman match at the opening of the tournament, that “the state of Iraq has people Generosity and generosity,” pointing out that “he did not pay a single penny to attend the Gulf Cup in Basra.”

Tweeters also circulated on the social networking site “Twitter” a video clip of the sheikh of an Iraqi clan slaughtering 100 camels and 200 sheep for the Gulf audience in Basra.

Finally, the positive reactions from the Iraqi audience continued in various TV programs by welcoming the UAE fans, the national team and officials, and the same applies to all teams and the Gulf audience.

1- Hosting the public at home.

2- The restaurants refused to receive food for the tournament guests.

3- An Iraqi businessman announced the provision of sports equipment for the Yemeni national team.

5- A fan gives his credit card to a Gulf fan.

6- Generous hospitality and a wonderful reception to the public of the Emirates and the Gulf in general.