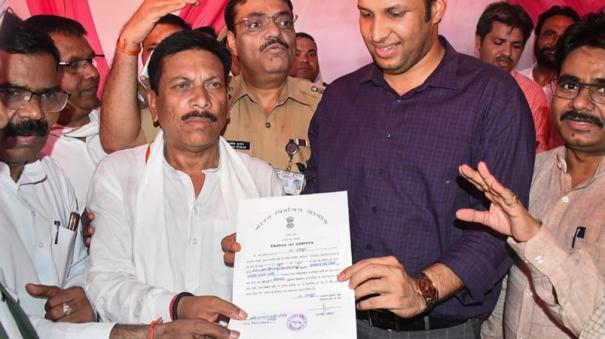 The results of the by-election held for that constituency on the 23rd were released yesterday. In this, the candidate of Shiromani Akali Dal (Amritsar) party Simranjit Singh Mann won by a margin of 5,000 votes. Here the Aam Aadmi Party took 2nd place.

Jharkhand Mandir Assembly constituency MLA Bandu Thirke was disqualified after being convicted in a corruption case. In the by-elections for that constituency, the Congress fielded Shilpi Nega Tirkey, daughter of Bandu Tirkey, as the common candidate of the ruling JMM-led coalition. In this he won by a margin of about 10,000 votes.

Following the death of former minister Gautam Reddy in Andhra Pradesh, Gautam Reddy’s younger brother Vikram Reddy defeated BJP candidate Bharath Kumar by a margin of 82,000 votes on behalf of the ruling YSR Congress in the by-elections to his Atmakur Assembly.