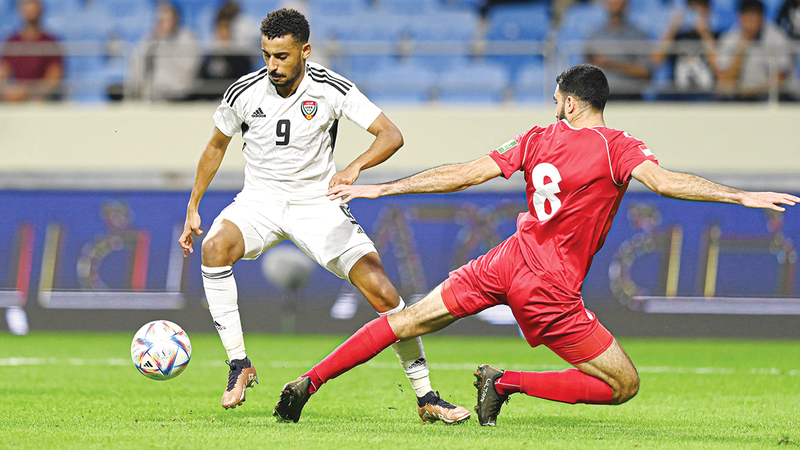 The national football team is preparing to take on the challenge of the Arabian Gulf Cup “Khaleeji 25”, which will be held in the Iraqi city of Basra from the sixth to the 19th of this month, during which the national team will play in the second group alongside the teams of Qatar, Bahrain and Kuwait. The team, which began its preparations for the tournament early, hopes to appear honorably and change the image in which it appeared in the last period, as it was not convincing to the sports street, which always expects the “white” players to provide the best.

There is a state of optimism among the sports street about the possibility of the national team achieving a new achievement for UAE football in the Gulf championship, despite the difficulty of the task, especially since it includes in its ranks a large number of young players who are participating in the tournament for the first time. Six main stations that prepared Al-Abyad for the Gulf Championship stand out, most notably: the participation of players with their teams in the ADNOC League, which started last September, and finally stopped at round 12.

Also, the national team played an important friendly match last November against Argentina led by world star Lionel Messi, and this was the last preparatory match for “Tango”, before its participation in the last World Cup in Qatar, which it won, along with another friendly match in the same month with Kazakhstan. And Al-Abyad benefited from the Argentine friendly despite the loss, especially in terms of the players’ confidence in themselves in front of a team that includes Messi and the great stars of world football, and the removal of fear, especially for the young elements in the ranks of the national team.

Among the stations also was the Austria camp last September, during which the national team played two friendlies against Paraguay and Venezuela, and it was the first external gathering of the national team during the era of Aruabarina, through which he got acquainted with the players, in addition to the friendly he played before that, against Gambia in Dubai last May and ended in a draw. 1-1, then the Asian play-off match for the 2022 World Cup, against Australia, which the national team narrowly lost 2-1.

The team concluded the preparation stations for the Gulf Championship, through an indoor camp in Dubai at the end of last December, during which it had a friendly experience against Lebanon on the 30th of last year, during which it won with a clean goal scored by Tigali. The total number of matches played by the national team since Arwaparina took over his training is nine, including three official matches.

The technical staff, led by the Argentine coach, tried, during the various preparation stations, a large number of players to reach the starting line-up and the method and style of play in which he will play his matches in the Gulf Cup, and settled on 23 players in the official list that traveled to Basra last Monday.

For his part, the former goalkeeper of the national team, Abdul Qadir Hassan, confirmed that despite the impressive absences, they have great confidence in the national team players, indicating that the tournament is held in the group system, and that the matter depends on how to skip each stage of the tournament. Abdul Qadir Hassan told “Emirates Today”: “All the stations that the team went through in the past period were important in the process of preparing and equipping the team, and the preparations did not stop, but rather continued well, and I wish the team success in the upcoming Gulf Cup.”

■ A friendly match for the national team against Gambia last May.

■ The Asian play-off meeting that qualifies for the World Cup against Australia.

■ Participation of players in the ADNOC Professional League.

■ Austria camp, and two friendlies against Paraguay and Venezuela.

■ The last preparation camp in Dubai, and a friendly match against Lebanon.