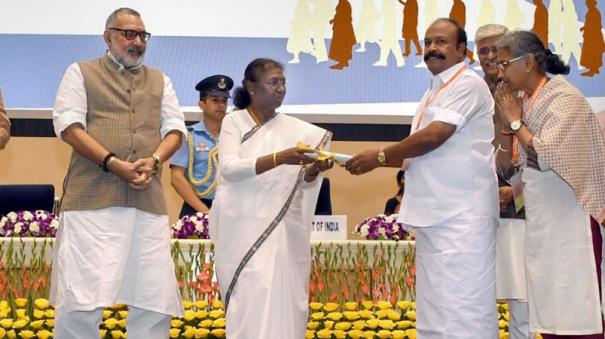 New Delhi: The BJP came to power in the center in 2014. Narendra Modi, who took over as Prime Minister, launched the ‘Clean India’ program on Gandhi’s birthday on October 2 of the same year.

Speaking at a program held the day before yesterday on the occasion of its 9th year, President Draupathi Murmu said: Swachh India (Rural Area) project is a movement to change habits. Under this scheme, 11 crore toilets have been constructed across the country so far. As a result, more than 60 crore people have given up the habit of defecating in the open. Article 6 of the UN Sustainable Development Goals calls for ensuring access to clean drinking water and sanitation for all. India has already met this target by 2030 despite the deadline.

The central government is implementing the 2nd phase of Swachh India programme. Accordingly, a target has been set to build 100% toilets in all 6 lakh villages in the country. So far 1.16 lakh villagers have been 100% free from open defecation. The central government has set a target of providing piped clean drinking water to all residences in the country by 2024. Jal Jeevan Project was launched in 2019 for this purpose. At that time only 3.23 crore households were supplied with piped water. This number has increased to 10.27 crore in the last 3 years. During the Corona pandemic, everyone realized that toilets, washing hands with soap and tap water supply helped a lot in preventing the spread of disease. He said thus.