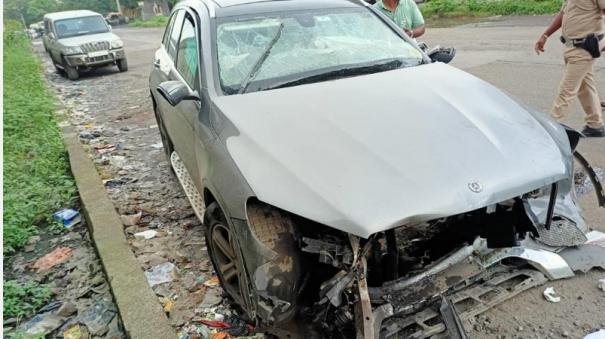 Mumbai: The car in which former Tata Sons chairman Cyrus Mistry was traveling recently crashed near Charoti village in Maharashtra’s Palghar district. In this, Mistry and his friend Jahangir Pandol, who were sitting in the back of the car, died on the spot.

In this case, it has been revealed through statistics that there are frequent accidents on the Mumbai-Ahmedabad National Highway where Cyrus Mistry’s car crashed.

100 km of Mumbai-Ahmedabad National Highway between Thane Kothbandar and Tapsari in Palghar District. 262 accidents have occurred in the periphery in the current year alone. 62 people died in this. Maharashtra National Highway Police officials said that 192 people were injured.

Over speeding and driver inattention are the common reasons for such accidents. However, officials point to poor road maintenance, lack of proper signal facility and non-establishment of speed limits as the reasons for the accident.

The responsibility of maintaining national highways has been entrusted to private companies that set up toll booths and collect tolls in their respective areas. According to the norms, the ambulance has to stop every 30 km. Also there should be crane and patrol vehicles. However, these norms are not properly followed in many places.

Sep. After Cyrus Mistry’s accident on the 4th, the Maharashtra Police has written to the Central Road Research Center seeking expert opinion on introducing safety features.