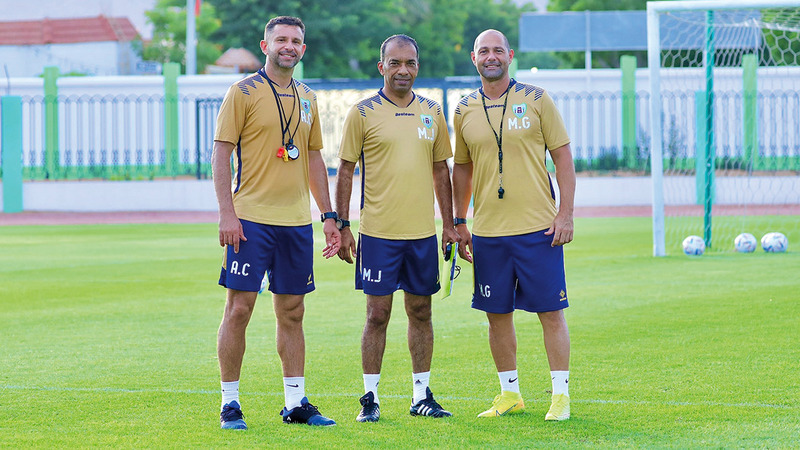 Seven Arab coaches from the African continent dominate the training seats of the first-class football clubs (three coaches from Tunisia, two from Algeria, one from Morocco, and one from Somalia), compared to six national coaches, three Europeans and one Brazilian coach, in a rare scene on the The amateur league, which starts next Saturday, with the participation of 17 teams, an unprecedented number in the past seasons.

The distinguished results achieved by the coaches of Tunisia, Algeria and Morocco last season contributed to contracting them again, and the coach of Al-Hamriya Club, Tunisian Tariq Al-Hadiri, who managed last season to lead the Al-Bataeh team to the ADNOC Professional League, for the first time in its history, raises the bar. From the market value of coach Tariq Al-Hadiri, and making him one of the first coaches to be contracted, the Emirates Club’s contract with the former coach of Al-Orouba Club last season in the ADNOC Professional League, Tunisian Fathi Al-Obeidi, is an important addition to the league, after his success last season by kidnapping valuable points in the confrontations. Which brought together Arabism with the mass teams, including the league champion Al-Ain and Al-Ahly youth, which led the “Falcons” administration to contract with him to lead its team next season, and later became the coach of Al-Rams, the Tunisian Abdel Halim Al-Warimi, the third coach to be contracted, in appreciation of his giving in the Omani league .

And Al-Jazira Al-Hamra coach Moataz Abdullah, Al-Taawoun coach Badr Tabib, and City coach Mohamed Ali Ahmed, who is running his mission as head coach for the first time, and is the youngest among his peers (39 years), while Al-Dhaid coach Mohamed Al-Taniji is the oldest coach working in the first division, where he appears In the league for the 14th season, and he can be called the dean of the national coaches in the first league.

The same applies to Al-Taawoun, who contracted with coach Badr Tabib, who comes from the Emirates Club.

■ The coach of the Emirates team, Tunisian Fathi Al-Obeidi.

Only one Brazilian coach in the amateur league.