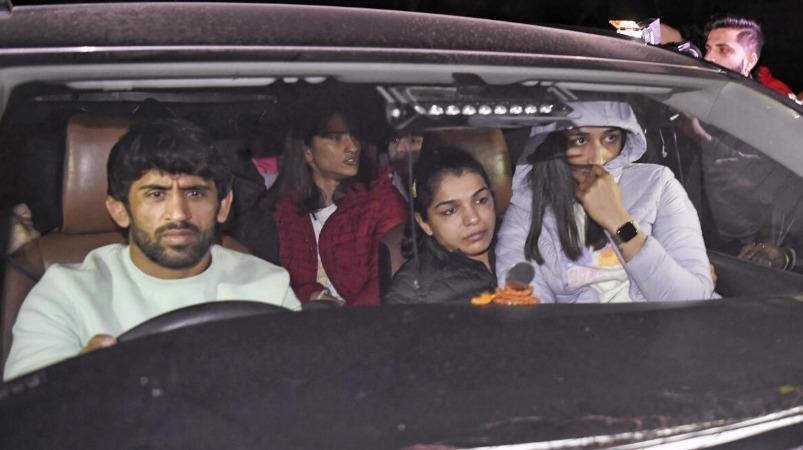 New Delhi: The protest by women wrestlers demanding the resignation of Indian Wrestling Federation president and BJP MP Brij Bhushan Charan Singh has been called off.

Accusing him of sexual harassment, leading players like Vinesh Phogat, Saritha, Sakshi Malik, Sangeeta Phogat and others started a protest in Jandar Mandar area of ​​Delhi two days ago. Leading player Bajrang Punia was also struggling with them.

This protest continued for the 3rd day yesterday. Meanwhile, Bajrang Punia, Ravi Dahiya, Sakshi Malik, and Vinesh Bhogat from among the protestors met Union Sports Minister Anurag Thakur in person last night. In a discussion that lasted for about seven hours, the players demanded immediate dissolution of the Indian Wrestling Federation.

The meeting continued till midnight. At the end of the meeting, Minister Anurag Thakur met the media along with the players. The women announced that they were withdrawing their protest after Anurag assured that wrestling federation president Brij Bhushan Saran would stay away until the investigation into the matter was over.

Anurag Thakur subsequently announced the formation of an oversight committee to investigate the allegations leveled against the Wrestling Federation of India (WFI) and promised that justice would prevail in four weeks.