7 mistakes made by the Football Association, the first of which was the contract with Arubarina 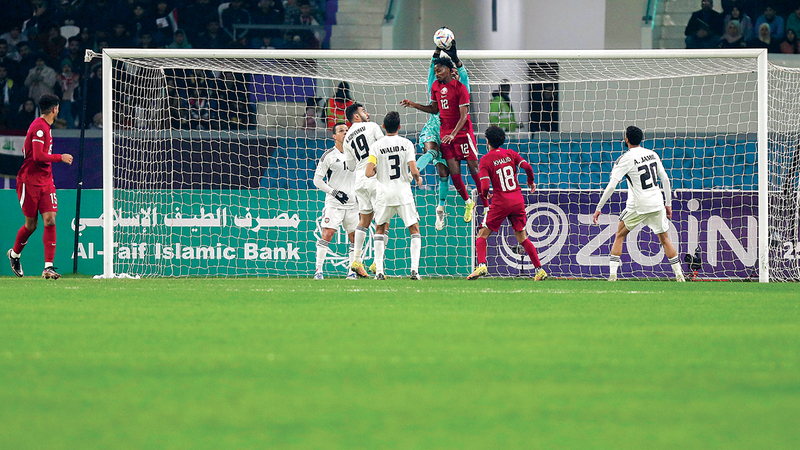 Athletes and media professionals identified seven mistakes made by the Football Association and the National Teams Committee, which caused the recent failures of the national team, the latest of which was the 25th Gulf Cup in the Iraqi city of Basra, and the early farewell from the first round after two losses against Bahrain and Kuwait and a draw in one match against Qatar, and it scored only one point. In the tournament, which was a great shock to the Sports Street, after it made its worst participation in the tournament in many years.

They told “Emirates Today”: “These mistakes are represented in contracting with the Argentine coach Rodolfo Aruabarina, as he lacks experience in training teams, the frequent change of coaches, technical instability, and the failure of the Football Association to interact with the sports street, or clarify the facts to him about what happened.” For (Al-Abyad), in addition to the absence of a reserve team for the first team, in addition to not taking quick and decisive steps regarding what happened to the teams of the Sunni stages after they finally left all the participations, and knowing the reasons that led to that, ”explaining that“ the strategy he developed The Football Association in 2021 (Vision 2038) was ambitious, but its signs and indicators were not satisfactory. Harmony between the members of the Football Association.

Sports commentator and program presenter on Dubai Sports Channel, Adnan Hamad Al-Hammadi, said: “The mistakes that were committed against the national team represented the first instability on the technical staff, since most of the national team coaches were changed, and the coach left the national team, the Dutchman Marvik, and despite that, the Football Association re-contracted With him before dispensing with him again, and another coach who was contracted and did not lead the national team in any match, he is the Serbian Jovanovic, and another coach who was contracted with him is the Colombian Bento, who is a school in training, but the team did not benefit from him, then the opinion settled on Argentine Arobarina, who is An obscure and unknown coach who is not qualified to coach a national team is looking forward to the future.

He explained: «The other thing is that the process of selecting players and the national team’s preparations were not successful, and the last point is that although naturalization is a bold step, the Football Association did not take advantage of it, because naturalized players were selected who had reached the last stages of bidding».

Al-Hammadi continued: “The strategy developed by the Football Association about three years ago until the year 2038, although I do not want to rush in this regard, but now we notice the signs of this strategy, since it is assumed that any strategy is based on a vision, foundations and targets, but all this did not happen.” ».

He pointed out the lack of harmony between the members of the Football Association, especially at the level of the competitions and national teams committees, stressing that all these matters were the cause of what happened.

For his part, Dr. Salim Al Shamsi, a former board member of the Football Association, said: “There is clear confusion on the part of the Football Association in its decisions, as it did not develop a clear strategy for the first team, and did not settle on a coach for a full year, and also the lack of stability in the national team in terms of The players and the technical staff, in addition to the presence of older players.

Al Shamsi pointed out that “Aruabarina has no experience in dealing with national teams, and unfortunately the decision to contract with him was not correct.”

In turn, the broadcaster on the Dubai Sports Channel, Ahmed Jouka, confirmed that “what happened to the team in the Gulf Cup revealed the mistakes that occur in the Football Association and in its various committees,” noting that “there are things that are not clear in the Football Association, and that there is a problem in the system.” Pointing out that «there are decisions that are taken and are considered abnormal behind the failure of the national team, including the choice of coach Aruabarina, as it is the first time that he takes charge of training a national team».

Jouka added, “Although nearly three years have passed since the current Football Association’s life, it witnessed the exit of the Sunni teams from all the tournaments in which they participated, and there was no achievement recorded for the Federation.”

He said: “The Football Association had announced that the goal of the national team’s participation in the Gulf Cup was to win the title, but how is the title won and the best player in the country, who is Ali Mabkhout, was not chosen for the national team, in addition to not choosing players such as Bandar Al Ahbabi, Ismail Matar and Omar Abdul Rahman who have experience?” .

He continued, “Unfortunately, when the teams of the Sunni stages left all the tournaments in which they participated, there was no meeting of the Football Association to find out the reason.”

Jouka added, “Our team and its Yemeni counterpart occupied the last place in the two groups, despite the difference in capabilities between them.”

Khaseef: We apologize to the audience for what happened

The goalkeeper of the national team, Ali Khaseif, confirmed his apology to the Emirati fans for what happened to the team and its occupation of last place in the group standings, stressing his respect for the coach’s choices for the players, denying the existence of any problems between the coach and the players.

Khaseif said in a press statement: “There is more than one player captaining the national team on the field, such as goalkeeper Khaled Issa and Walid Abbas, along with the young players, and we are trying to provide assistance from outside the field.”

After the draw with Qatar, he added: “All the players of the national team are not satisfied with what happened, and all our goal was to make its wise leadership and our fans happy. We did not wish to reach this stage, and I hope that the next will be better.”

Al-Hashemi: We are not satisfied with what we have presented

The national football team player, Khaled Al-Hashemi, said: “We are not satisfied with what we presented with the team in the Gulf Cup, and that winning one point in the tournament did not satisfy us,” stressing the importance of reviewing our accounts, and that everyone, especially for them as players and management, must join hands. So that the team appears better.

He added in press statements: “It was difficult for us as players to speak at this time, and we wanted to win the championship title, and to give 100%, because we wear the emblem of the Emirates national team, but that did not happen.”

Arwaparina: I have nothing personal against Mabkhout 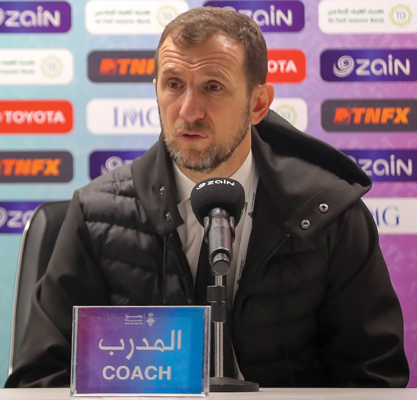 The coach of the Argentine national team, Arwabarina, confirmed that there was nothing personal between him and Al-Jazira club striker Ali Mabkhout, indicating that he had meetings and personal meetings with the player and other players, stressing that there are things that cannot be stated to the media, and he speaks directly with the player, stressing “The decision not to choose Mabkhout for the national team is a technical and tactical decision from him as a coach.”

Arwabarina said in press statements: “As a coach, I am responsible for making any decision, and there are a large number of players who have not been called up to the national team, and I have nothing personal against them.”

“The national team has many talents, but they lack great work,” Arwabarina pointed out.