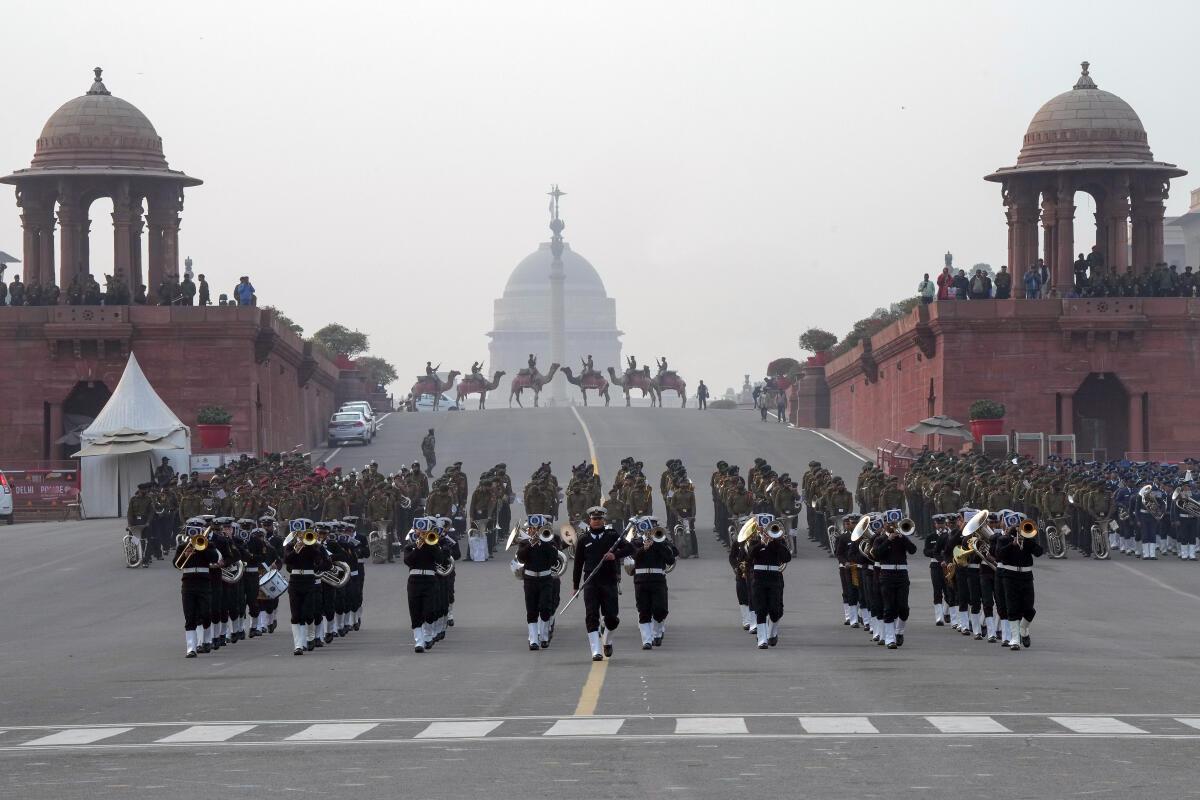 New Delhi: The 3 km stretch, which was named ‘King’s Way’ during the British period and known as Rajapathi, has recently been reconstructed. Subsequently its name was changed to ‘Kamai Patha’. The Republic Day Rally was held today (Thursday) for the first time on the ‘Kadama Path’, which was renamed in September last year to de-mark the colonial trails. The President of Egypt Abdel Badak Al Sisi attended the event as a special guest for the first time.

> President Draupadi Murmu led the nation in the first ever Republic Day celebrations on the line of duty. The grand parade, which started at 10.30 am, was meant to showcase the country’s military strength and cultural diversity.

> As part of the security arrangements for the event, 6,000 soldiers were engaged in security duties. The duty line is monitored by 150 surveillance cameras

> In his Republic Day greetings to the nation, Prime Minister Modi had said, “It is very special to celebrate this festival at the time of the independence of the country. We should all work to remember the dreams of the great freedom fighters of the country. Happy Republic Day to all.”

> Army’s Dare Devil Group motorcycle adventure event was held. As part of the event, 11 children who have received the Prime Minister’s Balapuraskar Award for their achievements in valor, arts and culture, sports, innovation, social service, etc., took part in the parade.

> Finally the much awaited flight adventure is about to take place. In this, the country’s new Rafale fighter jets showed their adventures, although Rafale jets have participated in the parade adventure program for the past two years, but this is the first time that 9 aircraft are participating in the adventure program.

> The Republic Day celebrations, which started with Netaji Subhash Chandra Bose’s birthday celebrations on January 23, will conclude with the “Beating the Retreat” ceremony on January 29. 3500 drones fly during this event which is the largest drone festival in the country.