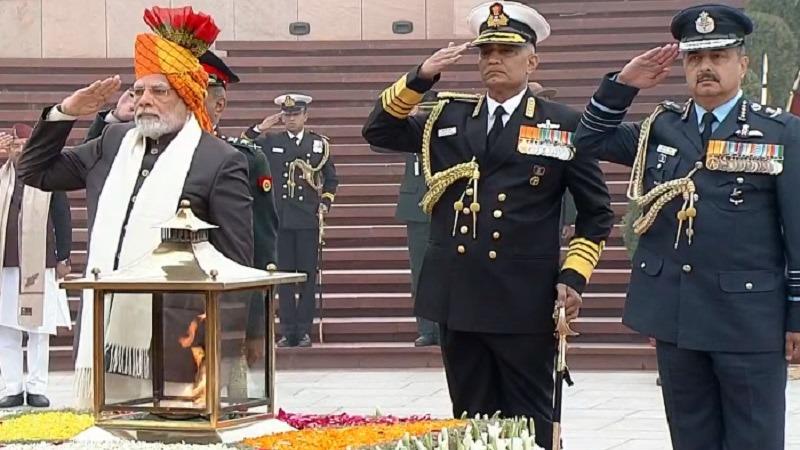 New Delhi: The 74th Republic Day is being celebrated with enthusiasm across the country. On this occasion, Prime Minister Narendra Modi paid tribute at the war memorial in the capital Delhi at exactly 10 am. Along with him, Union Defense Minister Rajnath Singh and three army commanders also paid tribute.

Later, Prime Minister Modi posted his tribute note in the notebook there. From there, they went to the official route where the Republic Day Parade will take place.