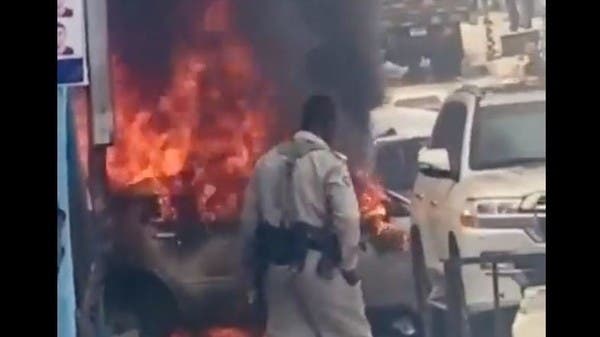 Eight people were killed, Saturday, in the Somali capital, Mogadishu, in a car bomb attack on a checkpoint near the presidential palace claimed by the extremist group Al-Shabab, according to a police official.

“It has been confirmed that 8 people were killed, most of them civilians, and 7 others were wounded in a car bomb explosion,” said Makawi Ahmed Modi, the police chief of Hamar Jajab, where the attack took place.

He added that the explosion targeted a military convoy of the Burundian forces operating within the African Union Mission.

The powerful explosion occurred before noon at a checkpoint located about a kilometer from the presidential palace. An eyewitness stated that the car exploded at the checkpoint while it was being searched by the guards.

Mogadishu has been the scene of regular attacks by Al-Shabab, which has been leading since 2007 an insurgency aimed at overthrowing the fragile Somali government backed by the international community.

It is noteworthy that Somalia is witnessing continuous security tensions, as the government controls relative areas of the country, while terrorist groups control a large area of ​​the country.

Al-Shabab fighters were driven out of Mogadishu ten years ago, but they still control large rural areas.