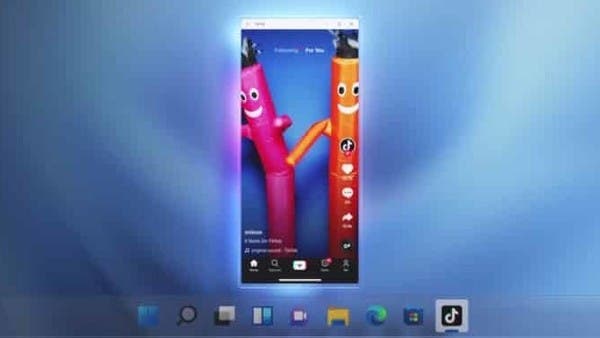 Microsoft announced Windows 11 a few weeks ago. The system has seen strong design changes along with many new features, and there are many reasons why you might want to upgrade.

The new system included a redesign that included the Start menu and taskbar. This is in addition to the redesign of the window shapes and the inclusion of a number of exclusive backgrounds for the system.

Of course, there are many reasons that may push you to upgrade to the latest version of Windows when it is released, and below we show you the most important of them.

1- The latest version of the system

Updating to Windows 11 ensures you are on the latest version of the system. Although this is obvious, a large number of users neglect this point.

2- Support for Android applications in Windows 11

Support for Android apps is the most important feature for many. Microsoft’s new operating system will allow running Android applications directly without the need for emulators or additional software.

It is expected that this feature will perform excellently even on medium-spec devices. This step will be done in cooperation with the Amazon App Store as we learned earlier.

SSDs are the fastest and highest performing, but games aren’t designed to take advantage of that speed. This fact changed somewhat with the release of the new generation PS5 and Xbox Series S|X consoles, but Windows was left to tweet on its own.

The new version of Windows will support DirectStorage, a new feature that will allow games to harness the power and performance of SS drives to improve overall gaming performance.

Read also: Why Windows 11 is the best gaming operating system

The new Windows will get new changes regarding splitting and aligning windows. The system will be able to apply specific window divisions that can be accessed with a single click, such as opening four windows next to each other, or two windows, or more.

Microsoft will integrate its Microsoft Teams communication and meeting service into the new system, which will allow Windows users to communicate effectively with each other, whether text or voice, without the need to install and configure the application.

It looks like Microsoft will try to get Teams to work as a messaging app on smartphones.

Microsoft is bringing the Xbox Auto HDR technology to Windows 11. By relying on it, HDR effects will be added to games even on those that don’t support it.

Users who own monitors or TVs that support HDR will benefit from this feature more than others, but it will improve picture quality in games in general.

8- Improved support for more than one desktop

Windows 11 offers better control over desktops. Previously creating more than one desktop was difficult and inefficient, but now there will be a good separation between them.

In the new system, it is possible to specify a background for each desktop with the ability to use external programs to better control this feature, while supporting fast and efficient navigation between them.