9 billion dirhams, the contribution of sport to Dubai’s GDP 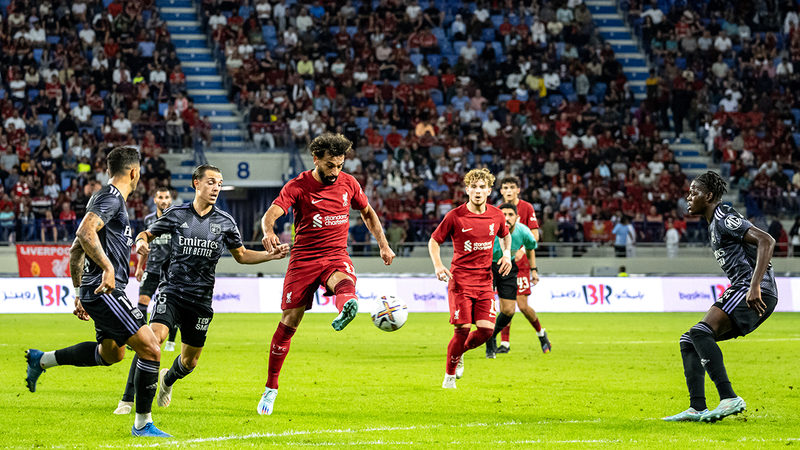 The Dubai Sports Council announced that the contribution of sports to the gross domestic product of the Emirate of Dubai has increased by more than nine billion dirhams annually, at a rate of 2.3%. The report – prepared by an international expert house – revealed that the sports sector provides 105,000 job opportunities, which was achieved through the significant and continuous growth of the sports sector in all its aspects related to the sector of organizing sporting events, as well as the sports industry and the increase in the number of participants and the public in events and tournaments from within the country. And beyond, the growth of sports tourism.

The report confirmed that the year 2022 witnessed a significant growth in the number of various sporting events, reaching 103 international events and tournaments, topped by the World Paddle Tennis Championship, the largest of its kind in the history of the world championship, the Dubai World World Golf, and the World Tennis League, in which he participated. The first is an elite group of male and female players in the world, and its competitions took place in the “Coca-Cola Arena”, in the presence of a crowd of 42,000 spectators and millions of viewers through 125 international channels.

Dubai hosted two rounds of the World Beach Volleyball Championship, the 11th edition of the Confederations Cup for beach soccer, and the launch of the Dubai Football Super Cup. More than 50,000 spectators, and millions through international channels, in addition to international tournaments and events, at a rate of two events every week throughout the year.

The year 2022 witnessed a significant increase in the number of training camps hosted by Dubai for international teams and teams in various sports, Olympic and world champions, as they numbered more than 120 camps, distributed to the “Hamdan Sports Complex”, which hosts training and tournaments in many sports, As well as in the Nad Al Sheba Sports Complex, and on the many club and resort stadiums in Dubai, which includes many stadiums and integrated sports facilities, and has gained international fame that made international teams and clubs put it at the forefront of the destinations that it visits annually for training and recreation. The Dubai Sports Council was keen to organize various sporting events and tours in international and global championships in important areas of Dubai’s tourist destinations, including the Marmoum Reserve, Jumeirah and Hatta, which numbered during the year 2022 more than 62 activities in various sports for professionals and amateurs of different nationalities.

In 2022, the Dubai Sports Council continued to develop rules and regulations, making them keep pace with developments in the country and the world, as the second edition of the “Hamdan bin Mohammed Medal for Educational Sports Schools” was launched, as well as updating the ninth edition of the Sports Excellence Model for the 2020-2023 sports seasons, to honor Clubs and football companies that excel in achieving achievements, based on financial competence, as well as focus in individual accolades on young and talented players.

The Council continued to develop the technical and administrative cadres working in Dubai, and more than 100 coaches from various categories participated in the annual forum for coaches in Dubai clubs for football teams alone, while the Council was keen to provide the opportunity for national coaches working with the first team and the reserve team in Dubai clubs. To attend Milan club training in Dubai, and to learn about the training methods adopted by the ancient club, which gives our coaches an opportunity to enrich their experiences and increase their expertise.

On the administrative level, the Council provided executive directors and a number of workers in various administrative fields in Dubai clubs with the opportunity to attend the important lecture on inspiring management, building strong teams and the successful system of competitions, which was delivered at the Council’s headquarters by David Dean, a major shareholder of Arsenal FC previously. Which is the main brain in the launch of the English Premier League professional in 1992.

Record participation and great success for the “Dubai Fitness Challenge”

The “Dubai Fitness Challenge” continues to achieve records year after year, and in 2022 it witnessed record participation in various sports activities and events that were held over a full month.

The participation of His Highness Sheikh Hamdan bin Mohammed bin Rashid Al Maktoum, Crown Prince of Dubai and Chairman of the Executive Council, in the “Dubai Runs” event, within the “Dubai Fitness Challenge” on Sheikh Zayed Road in the heart of Dubai, where more than 193,000 participants presented, was a wonderful example of The status of sport in Dubai, its continued growth and its achievement of many records in the field of raising awareness of the importance of sport and the number of its practitioners of all kinds, thanks to the government’s supportive approach to sports, the availability of high-level facilities and organizational expertise capable of hosting and organizing the largest international tournaments and forums, which confirms Dubai’s position in Enhancing the status of sport in the movement of society, and the full return of the public and athletes to attend competitions and sporting events in the past year.

• Dubai hosted 120 camps for international teams and teams, as well as world championships such as the World Cup of Paddle Tennis and the World Tennis League.

Figures about sports in Dubai:

31 thousand athletes from abroad participated in international tournaments and events. Figures on sports

The number of local events reached 165, in which more than 1.77 million participants from 200 nationalities from all countries of the world participated, and were attended by more than 220,000 fans, which represents an important addition to the sports tourism sector.

Dubai also witnessed the organization of 12 sports conferences and exhibitions, led by the 17th Dubai International Sports Conference, and the 13th Dubai Globe Soccer Awards, which witnessed a distinguished and distinguished presence of international football stars, as well as the historic reconciliation between Mohamed Salah and Sergio Ramos, and the image was the most circulated. At the global level, despite the event approaching the launch date of the 2022 World Cup. The number of events dedicated to women reached 58 events, with a rate of more than one event every week, while 31 e-sports tournaments were held, which are witnessing great growth and participation from international companies and athletes from abroad. The state.