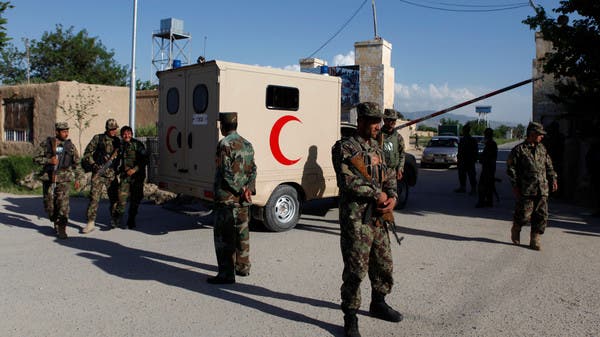 Asif Waziri, a spokesman for the police in Balkh province, of which Mazar-i Sharif is the capital, told AFP that the two bombings “apparently targeted Shiite passengers”, and that they left 9 dead and 13 wounded.

No one has claimed responsibility for the attack, and Taliban police forces cordoned off the area.

This attack, the latest in a series of bloody explosions shaking Afghanistan, came days after a bloody bombing of a mosque in the city of Mazar-i-Sharif, killing 10 people and wounding 15.

The bombing took place on April 21, in the Seh Dukan mosque, in a crowded area of ​​the city in the province of Balkh.

For its part, ISIS claimed responsibility for the attack, according to a statement broadcast by its Telegram channel.

Afghanistan has witnessed from time to time attacks, explosions and security incidents since the Taliban seized power in mid-August, while the movement blames most of the bombings on the terrorist organization ISIS.