9 medals for the physical strength team in the Asian Championship 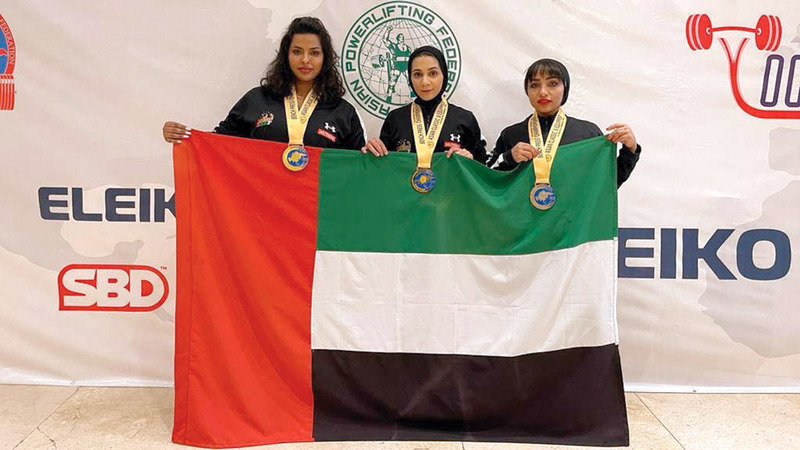 The Emirati participation witnessed a new distinction for the female players who won two gold medals for: Fatima Saleh in the open weight of more than 84 kilograms, and Maryam Al Balushi, who weighed under 52 kilograms, and the player Amna Salem Al Mahri won the silver medal in the weight of under 76 kilograms.

The UAE national team achieved second place in the overall total for the youth category as well as the women’s category, and third place in the junior category.