9 state elections are the target: BJP National Working Committee meeting on the first day of the party emphasized 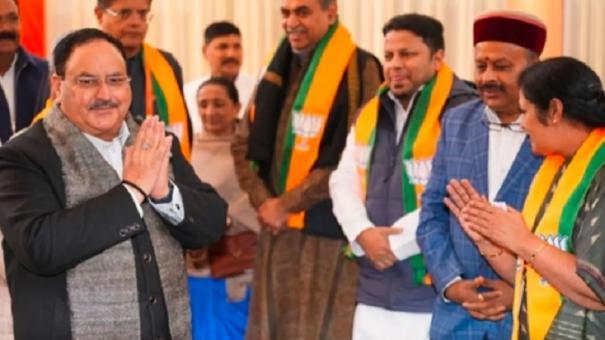 New Delhi: The two-day national executive meeting of the BJP began today (Monday) in Delhi. On the first day of the meeting, the party members were advised to work hard to make the BJP win in the 2023 state assembly elections in 9 states as well.

Earlier, BJP took out a huge road rally in Delhi. Prime Minister Narendra Modi was thanked for giving the BJP a landslide victory in the Gujarat assembly elections. BJP has formed the government for the 7th time in Gujarat.

Meanwhile, former Union Minister Ravi Shankar Prasad spoke at a press conference about the speech given by BJP National President Natta to the party leaders, office administrators and volunteers on the first day of the meeting. At that time, he said, “JPNatta, who said that the upcoming 9 state elections are a preview of the 2024 parliamentary elections, should win the state elections in Meghalaya, Tripura, Nagaland, Mizoram, Karnataka, Madhya Pradesh, Rajasthan, Chhattisgarh and Telangana. To the party, they should work towards it. emphasized.

Out of these 9 states, BJP is already in power in 5 states. Natta said that along with these 9 states, the 10th Union Territory of Jammu and Kashmir may also have elections, and urged to focus on that as well.

Stating that 160 constituencies out of 543 constituencies have been identified for this purpose, Natta urged them to pay more attention to them and work to strengthen the BJP and make it win.

India is the world’s 5th largest economy, second largest manufacturing power in mobile phone manufacturing and third largest power in automobile manufacturing. Chaired the G20 Summit. Ravi Shankar Prasad said that the BJP government is the reason why India has improved and shined on the world stage.