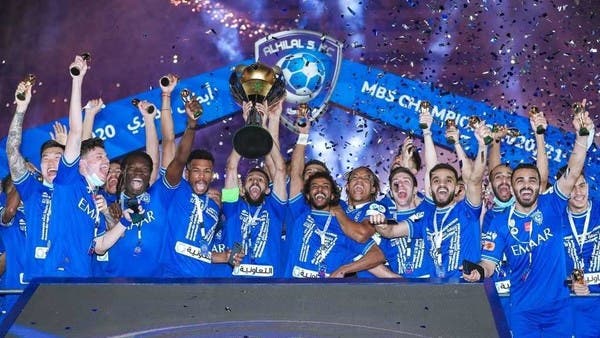 Al Hilal seeks to retain the third consecutive edition of the Mohammed bin Salman Professional League Cup, which changed its design 4 years ago, and become the first club to win the championship for 3 consecutive seasons, since the start of the professional league period in the 2008-2009 season.

Al Hilal will host Al-Faisaly Club on the grounds of King Fahd International Stadium in Riyadh in the last round of the league to be crowned champion of the championship without looking at the outcome of its rival Al-Ittihad, while the guests seek to seize a point to ensure survival.

The design of the Saudi League Cup changed at the end of the 2018-2019 season, which was crowned by victory, as the Italian company “Bertoni” designed the award in a form inspired by Saudi history.

The Italian company took more than 4 months to design the cup, which shows two curved columns in the form of arms raised to the top, while the arms bear a shape symbolizing the globe with its continents, which is common in most international and continental awards cups and the green color appears in the middle. On the ball, the logo of Saudi Arabia, consisting of two intersecting Arab swords topped with a palm tree, appears, in addition to an inscription called “Mohammed bin Salman Professional Cup League” in English on the base of the cup.

Bertone is known for its long history in designing the cups of the most famous sports tournaments, starting with the World Cup, the European Champions League and the European League.