95 people vomited and fainted after gas attack in Andhra factory 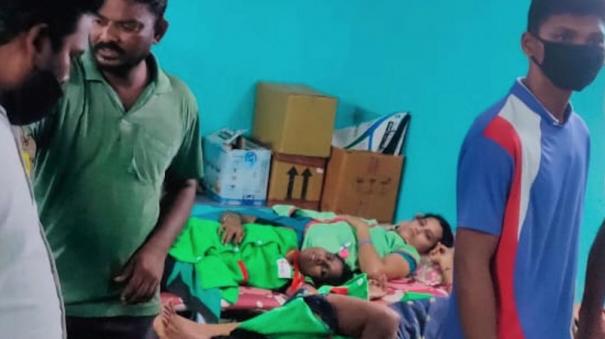 Visakhapatnam: 95 people vomited and fainted after being exposed to poisonous gas in a garment factory in Andhra state.

More than 90 people suffered from eye irritation, suffocation, vomiting and fainting due to this accident. They are admitted to different hospitals in Anakapalli, Atchyutapuram, Visakhapatnam areas.

This is the second accident in the last 2 months. On June 3, 300 women workers fainted in a gas leak at Porus Laboratories unit in the same Special Economic Zone. At that time, the government did not publish the investigation report of the accident.

Hyderabad Indian Chemical Technology Plant Expert Committee investigated the accident and submitted a report. The plant where the accident happened was shut down for a few days. Then the service resumed there.

Telugu Desam Party has been strongly criticizing the successive accidents.

“Chief Minister Jagan Mohan Reddy is turning Visakhapatnam into a miserable city. The name of the city that makes Vandar live is now changing to the city of misery,” criticized Telugu Desa MLC Lokesh.