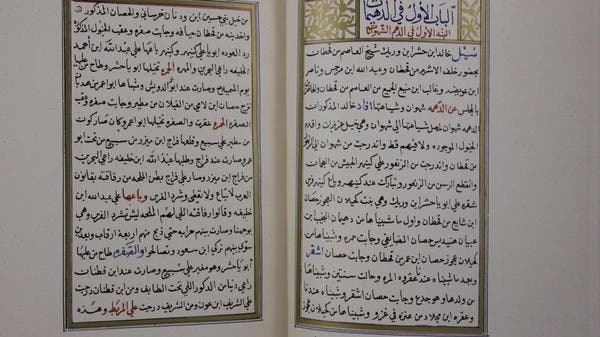 The Center for Equestrian Studies at the King Abdulaziz Public Library is crowded with a large collection of rare holdings that number more than 12,000 knowledge items, including books, studies, manuscripts, rare pictures, plastic paintings, and coins related to horses and equestrianism and everything related to them.

The center includes a large collection of books and studies in Arabic and in various international languages, dealing with everything related to horses and equestrianism, descriptions of horses, their genealogy, horses in the Arab heritage, equestrianism, the most famous names of horses, horses and equestrians in the Arabian Peninsula, and horses in the Kingdom of Saudi Arabia, as well as On a large group of Arab and foreign studies on horses.

The center also includes what has been accomplished by the King Abdul Aziz Public Library of studying and documenting Abbas Pasha’s manuscript on the origins of the Arabian horse; The King Abdul Aziz Public Library was keen to bring this work to the knowledge arena by achieving this unique manuscript, and making it available to the reader as an original copy to be in his hands, because it is the basis for knowing the origins of Arab horses, and work is now underway to translate it accurately into English.

This study came in two volumes: one of them was a similar copy of the manuscript written in an elaborate Naskh script, and some gilding was used in the first pages of it, and the manuscript is located on 571 pages, while the second volume carried the study of the manuscript that was reviewed and commented on by the doctor, Abdullah bin Abd Al-Rahim Usaylan, Dr. Abdul Aziz bin Muhammad Al-Fraih, and Fayez bin Musa Al-Badrani.

The book of the researcher Abdulaziz bin Obaidullah Al-Qurashi is entitled: “Al-Basra with the Godfather’s Horse”, which included a number of questions, including: Who were the Basra with the Godfather’s horse among the ancients? What do these descriptions represent for our modern age, and what are the rulings they gave to the purebred Arabian horses? What are the connotations it carries? This is through nine topics that include the sayings that indicate the distinction between the godfather and the non-godfather of horses, and the sayings that indicate the desirable qualities in Arab horses in general, and the qualities of speed, and the saying that is inferred on the horse pronoun, which indicates the meeting of the good quality with the defective trait. , which indicates the method of testing the quality trait in the mare.

What is contained in the horse manuscripts

And a book: “Fursiah” written by: David Alexander (English) and Dr. Shehab al-Sarraf (Arabic), is a scientific book in both Arabic and English, which took more than five years to prepare, as it was supervised by a group of experts and world-class photographers in this field, and it was printed luxuriously in Austria. 244 p.m.) to present a set of articles and scientific contributions amounting to (29) research prepared by a group of academics specialized in the history of horses from all over the world, and the second volume (288 p.) Valuable information and historical documents that have not been previously monitored.

There is nothing in the world – as the authors mention – more beautiful than the Arabian horse, whether in terms of stature or in terms of grace and proportion, and its structure is at the highest degree of perfection.

The Center for Equestrian Studies at the King Abdulaziz Public Library constitutes a shining point of knowledge in contributing to the study of Arabian horses and equestrianism and all information and knowledge related to them that have a heritage presence and have a clear manifestation in the contemporary civilizational moment.