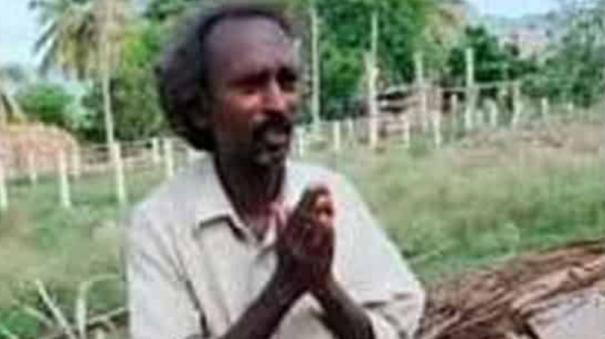 Srikakulam: Kedareshwar Rao (55) hails from Palayapattinam Justice Village, Srikakulam District, Andhra Pradesh. He passed the Teachers’ Examination in 1998. However, some have appealed to the courts against this. Thus, none of those selected that year could become government teachers. The case continued.

Following this, Kedareshwar Rao went from town to town on a bicycle and started selling clothes. Poverty plagued him. He does not even have the right clothes to wear. No one came forward to buy clothes looking at her condition. The parents are dead. So he became an orphan. He has nothing but the dilapidated house where he lives.

He spent his life picking up papers and plastic items and selling them for a living. He also said that he had been begging for a few days. In this context, the court recently ordered that all those who passed the Government Teachers’ Examination in 1998 be appointed as Government Teachers.

Accordingly, the appointment order for Kedareshwar Rao also came looking for a house. Kedareshwar Rao was surprised and delighted to see this. He had never seen anything other than hardship all his life, and for the first time he wept when he first learned that the day of the fulfillment of his dream had come.

Unable to take care of his parents in the last stages. Uttar Pradesh, relatives lost due to lack of money. None of the friends were even close. No one has come forward to talk close for cash help, or even for comfort. He is not even married yet due to lack of work.

When Kedareshwar Rao got the government teaching job order, the village of justice where he lives was happy. Kedareshwar Rao often said that he would become a master someday, so the youth of the village teased him as a master. Awur youth say with surprise that now it has become a reality. For this they all came together and bought a brand new cell phone as their gift to Master Kedareshwar Rao. Also, a street vendor, who had been begging for several days, bought new shirts and jeans for Kedareshwar Rao and complimented him.

His villagers, who had not seen him till last Sunday, are now bearing Kedareshwar Rao as bearer, bearer. Some have taken video of his life and posted it on social media. Thus, in a single day Kedareshwa Rao became popular in the area.