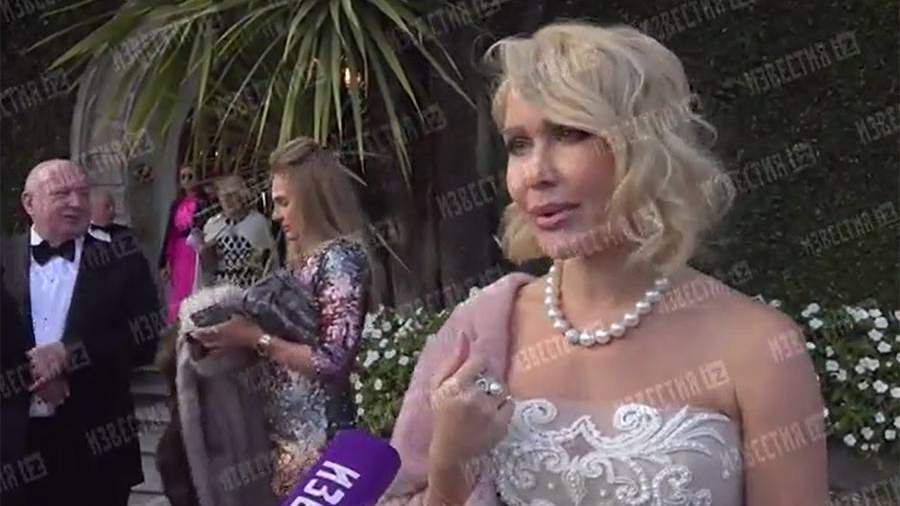 For the guests of the wedding celebration of ex-senator Andrey Vavilov and rider Sophie-Antoinette Dilua, a “fabulous level” service with a business jet and a family atmosphere was organized. Blogger and TV presenter Natalya Butkevich, who attended the celebration, spoke about this in an interview with REN TV.

“This is a great event and there is an opportunity to fly by invitation. On a luxury business jet, that’s right. I personally slept through the entire flight, because there was an early rise, an early flight, and everything was very comfortable in a family-like manner, ”she revealed the details of the flight of guests from Russia.

Experts note that the cost of business aviation flights is now one of the highest, especially due to the increased demand for top destinations – Italy, Nice and London. But for the wedding guests, according to the blogger, everything was organized in the best way.

Butkevich noted that a chamber, magical atmosphere was created at the holiday, which is usually celebrated on a large scale.

“It is celebrated in a very narrow circle, and everyone who is present here is really very close friends, close people or relatives, and the atmosphere is very warm. Well, the fact that it is very beautiful, magical, and the air, and the weather – this, of course, everyone can see, ”added the blogger.

A festive banquet was held in Italy at the Grand Hotel Tremezzo, which is considered one of the most expensive hotels on Lake Como. Later, his staff told how it went. Maxim Galkin, Vera Brezhneva, Lyubov Uspenskaya and other Russian stars were invited to the wedding.

Ksenia Sobchak was the host of the event. The ceremony took place in the luxurious old Villa Balbiano, located on the shores of Lake Como. The head of the wedding agency suggested that the TV presenter received € 40-50 thousand for her work – from 3.2 to 4.1 million rubles at the current rate.

On Saturday, October 23, Russian investigative journalist Oleg Lurie announced that Sobchak’s royalties for the conduct of this wedding would be allocated, in fact, from the Russian budget. According to him, Vavilov inflicted colossal damage on Russia when he held a post in the Ministry of Finance in the 1990s and made a fortune at the expense of the Russian budget.

Andrey Vavilov was a senator from 2002 to 2010. Prior to that, from 1992 to 1997, he served as Deputy Minister of Finance. Vavilov was a witness in the case of embezzlement of a government loan for $ 230 million. In 2001, the Prosecutor General’s Office accused him of fraud with budget funds.