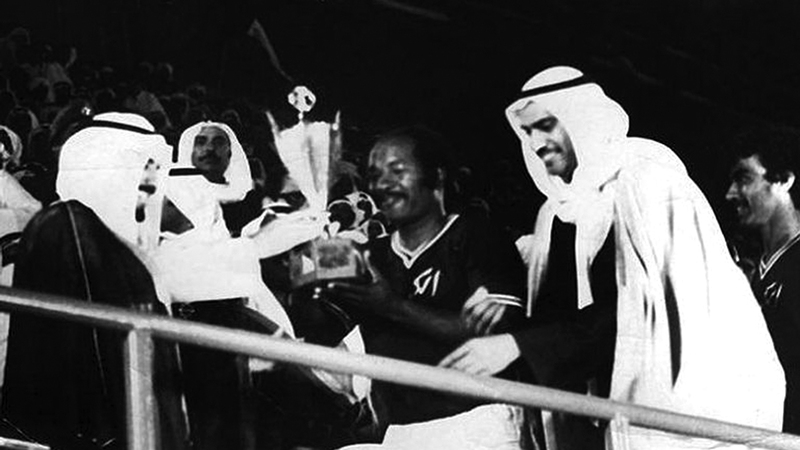 The third edition of the Arabian Gulf Cup, which was held in Kuwait in 1974, celebrated the success of the host Kuwaiti team in snatching the title for the third time in a row, in a culmination that was sufficient to give the “Blue” to keep the cup “forever”. The 1974 edition recorded the participation of six teams, so that in this tournament, for the first time, a preliminary role was adopted in the group league system, after the six teams were distributed into two groups.

The Kuwaiti national team began its career with a broad victory over the Oman national team by five clean goals, before it followed it with a victory over Qatar with a clean goal, so that Al-Azraq qualified for the semi-finals as leaders of its first group, and set a date in the golden square against the Emirates in a match during which the Kuwaitis continued their strong advance towards the title by scoring A wide victory over the Emirati “white” with a clean hexagon.

In the final, the Kuwaiti team not only clinched the title after defeating Saudi Arabia 4-0, but also achieved a record that has remained steadfast for 35 years, by winning without conceding any goal.